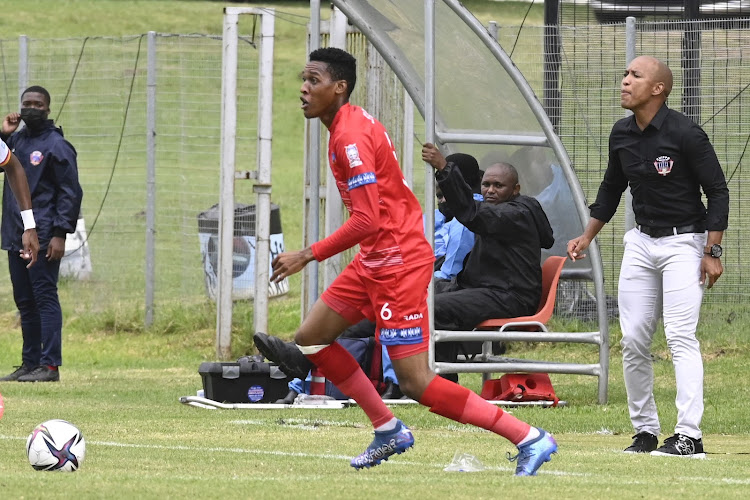 It took all of 12 matches, but Chippa United interim coach Kurt Lentjies was relieved his team finally managed to break their winless run at home.

Lentjies was also thankful for the presence of the team’s vociferous supporters as his team beat high-flying Stellenbosch 1-0 in a DStv Premiership clash at the Sisa Dukashe Stadium in East London on Sunday.

It took a thunderbolt of a strike from Sammy Seabi to help Chippa claim a valuable three points in front of a large and expectant home crowd.

“Yes, a much-needed three points. We were waiting for our supporters to return,” Chippa coach Kurt Lentjies said, referring to fans being allowed back at stadiums after a two-year Covid-induced ban.

As the team continues to fight for safety in the Dstv Premiership, Chippa United will be looking for nothing less than three points in their league ...
Sport
1 month ago

The result lifted fifth-from-bottom Chippa to 25 points, five above the relegation zone with matches left for the season.

“But I was not happy with the first 45 minutes we played hence the change we made tactically and with personnel at halftime. It got better in stages.

“But to be honest, the best team lost. They had a couple of chances where our goalkeeper had to make saves.

“From a playing point of view they had much more structure than us,” the former Chippa midfielder said.

“They are not in position five of six for no reason. They did well.

“On other days we play fantastically well and walked away with nothing or a point. Today we played poorly and we got the three points.

“But if you are near the bottom you accept any way the points come.

“There was a lack of quality against Stellenbosch, but we atoned through effort and desire.”

Matrose fired up for EL clash against Stellies

A win against Stellenbosch could see the Gqeberha side avoid being dragged into the relegation battle this season.
Sport
1 month ago

Seabi’s second-half strike saw the Chilli Boys take a major stride towards securing safety while the result leaves the Maroons in sixth and effectively ends their participation in the race for the runners-up berth.

Stellenbosch bossed the early proceedings and nearly claimed the lead in the fifth minute, with Judas Moseamedi feeding Ashley du Preez down the left of the penalty area, but the forward saw his shot from a tight angle well saved by Chippa goalkeeper Lloyd Kazapua.

Chippa gradually found a foothold in the game and started to offer a threat in attack when the speedy Azola Matrose got on the ball, dragging defenders out of position in the wide areas and looking to feed striker Bienvenu Eva Nga.

Yet the Maroons remained potent with their quick transitions and had a great chance to break the deadlock midway through the first half when Moseamedi put Juan Ortiz through on goal, but he was bravely denied by a smothering save from Kazapua.

Chances dried up for the remainder of the first half, leaving the teams locked at 0-0 heading into the interval.

SuperSport United coach Kaitano Tembo is satisfied with the point his side collected thanks to a late equaliser in their DStv Premiership fixture ...
Sport
1 month ago

Chippa made an attacking change at the start of the second half, with Matrose swapped out for veteran forward Thokozani Sekotlong.

Both sides struggled to build any kind of attacking momentum, with Stellenbosch notably opting for conservatism midway through the second half when they withdrew attacker Moseamedi and replaced him with the defensive-minded Robyn Johannes.

The Chilli Boys almost scored a goal out of nowhere, with Eva Nga using his strength to force himself into a one-on-one chance on 69 minutes, but he was denied by a brilliant one-handed save from Sage Stephens.

Yet the Stellies goalkeeper was beaten all ends up on 74 minutes when substitute Seabi ripped a fearsome long-range effort just inside Stephens’s right-hand post — having been set up by a superb piece of dribbling from Sekotlong.

The Eastern Cape side were able to see out the remainder of the match and secure just their fifth win of the season.

Stellenbosch will be back in DStv Premiership action on Saturday April 23 with a match at home to Kaizer Chiefs, while Chippa’s next league match is away to Orlando Pirates on Wednesday April 27. — Additional reporting by SuperSport.com