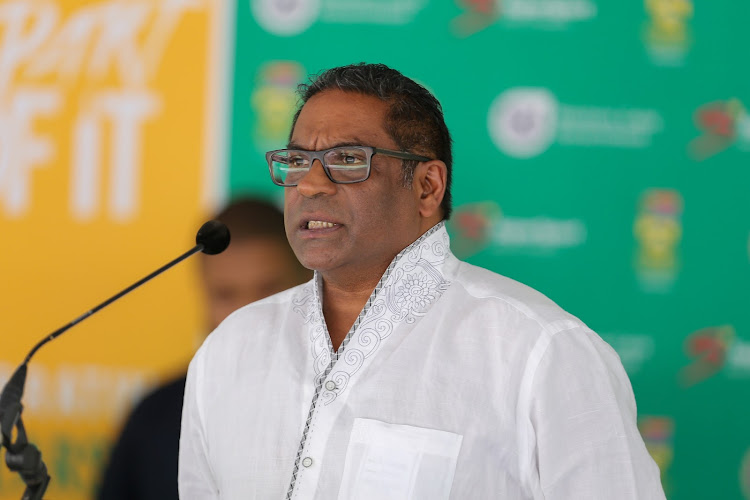 The Cricket SA (CSA) board has reacted strongly to stinging criticism on the handling of the Graeme Smith matter.

Lawson Naidoo, chairman of the CSA board, and advocate Steven Budlender SC, lead independent director, addressed what they called a number of ill-informed and mischievous articles written after the arbitration hearing into Graeme Smith.

Naidoo and Budlender said any evaluation of how CSA has handled its responsibilities needs to be fair and accurate and a full appreciation of the context, including the background facts and the sequence of specific events, is essential.

Smith grateful to have name cleared of ‘baseless’ allegations of racism

Graeme Smith says he's grateful his name has been cleared and he can now move on with his life vindicated.
Sport
4 weeks ago

First, the SJN process was not initiated by this board but by a predecessor board in late 2020. The SJN process was conducted during the time of the present board but was deliberately and for good reason run entirely independently of CSA and its board.

Second, the commentators failed to take into account that in the SJN report of December 2021 the ombudsman advocate Dumisa Ntsebeza SC indicated that he was not in a position to make “definite findings” and specifically recommended that further processes be undertaken to fully address the allegations heard by him. Once that was so, the board was obliged to institute further formal enquiries into CSA employees, suppliers or contractors who were the subject of the “tentative findings” in the SJN report.

“Articles which now use the Smith arbitration award to claim CSA must be variously 'punished' because it 'badly manhandled' (sic) the SJN and 'hounded' him out of his job miss the point and are factually wrong and unfair.”

Naidoo and Budlender said there was no “witch-hunt”.

“This is especially so when CSA took such pains to appoint highly skilled and credible independent advocates, such as Ngwako Maenetje SC and Michael Bishop, to conduct the Smith arbitration.

“The appointment of such people makes absolutely clear that there was and is no 'witch-hunt' or attempt to 'manhandle' anything. Last, while it is true that Graeme’s fixed-term contract came to an end at the end of March 2022, this would have been the case even without the SJN process and arbitration — that was the termination date of the contract as signed.

“Graeme was entitled to re-apply for the position, but elected not to because understandably, after more than two years in the job, he wanted to seek new challenges in the commercial and cricket worlds.

“As CSA has made clear in the days since the arbitration award, we hope he will still work in the cricket world in appropriate capacities.

“The repeated attempts to diminish the value of the SJN process indicate a lack of understanding of the genuine hurt and trauma faced by many black players within the cricket system in the past.

“Those experiences were only surfaced publicly via the difficult process of conducting open and fair hearings through the SJN hearings. This is an essential element of the context which is often conspicuous by its absence in some of the recent commentary and news reporting.

“The process of conducting open and fair hearings through the SJN was an important building block in a root and branch rewiring of SA cricket.

“It was long overdue. It is equally imperative the follow-up processes are impartial and respected so implicated parties can be heard and their defence tested in a fair way.

“However difficult certain aspects of the SJN may have been, this was a necessary initiative to address and rectify the misdeeds and tribulations of the past, to steer the game of cricket to being inclusive and accessible to all and to make this a game we can all be proud of.”