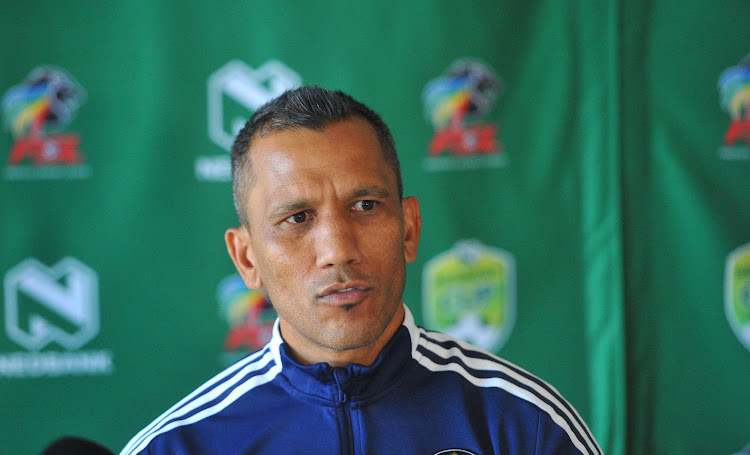 After they failed to qualify for the Caf Champions League, Orlando Pirates co-coach Fadlu Davids made the sobering admission that they are lagging behind Mamelodi Sundowns.

The Buccaneers played to a 2-2 draw with Royal AM on Friday night at Chatsworth Stadium to be eliminated from the race to qualify for next season’s Champions League.

The draw with Royal AM not only cost Pirates the Champions League but has likely also put paid to their chances of qualifying for the Confederation Cup as they would have to beat SuperSport United by at least five goals in their last match on Monday to qualify.

“We have to submit a report at the end of the season to be able to say what is needed to bridge the gap,” Davids said.

Mamelodi Sundowns got the victory they would have craved to lift the DStv Premiership trophy in style, but had to fight for every inch of it in a ...
Sport
1 month ago

“We know that the gap between us and Sundowns is too big and us doing well on the one front, we must be able to have the competitive edge to be able to compete on both fronts. Not only to get to the final of Caf Confederation Cup but compete for the league.”

With the fate of qualifying for the Confederation Cup not entirely in their hands, Davids said they have to approach their match against SuperSport United with a positive mindset.

“We will try to score five goals against SuperSport United, we have to be positive. We have nothing to lose and let’s have that positive attitude to try to win and score as many goals as possible.

Davids also accepted that even though they reached the final of the Confederation Cup last week, they did not have a good season as it is going to end empty-handed.

Ncikazi: Orlando Pirates’ coaches have 'responsibility to lift the players’

Orlando Pirates' co-coaches have a responsibility to lift the players as the Buccaneers aim to put their Caf Confederation Cup final disappointment ...
Sport
1 month ago

“We have got nothing to lose, we can’t go further down the table, it is just the situation. We are quite disappointed with how the season went. We have to be critical with ourselves in relation to how we managed all competitions.

“We will try to score five goals against SuperSport. We have to be positive, we have nothing to lose and let’s have that positive attitude to try to win and score as many goals as possible.”

Reflecting on their draw with Royal AM where they conceded a goal in the dying minutes, Davids said it was hard for the players.

“You feel for the boys because they gave it their all. Last week this time they were playing in the Confederation Cup final and going into extra time. You have to take your hat off for the Thabo Matlaba goal because there was nothing you can really do about that.

“And then you are down to ten men, you allow a cross from the left hand side with the wingback coming in. It was really unfortunate that with our structure.”