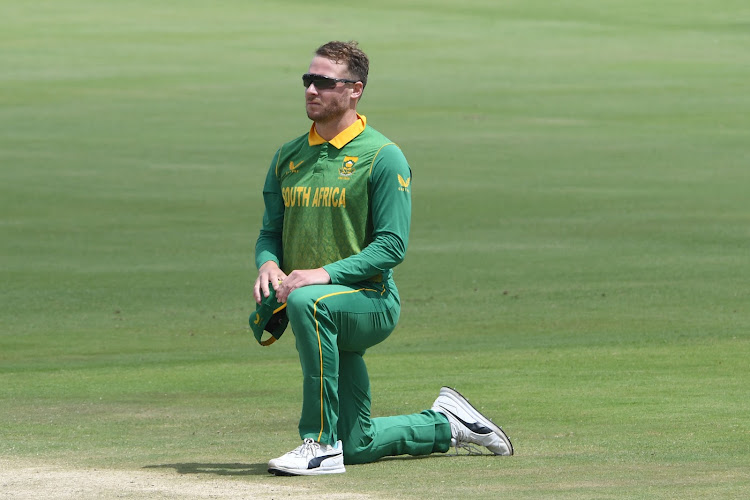 Proteas limited-overs captain Temba Bavuma is open to a big conversation about David Miller’s batting position in the national team.

Miller, who recently starred for Gujarat Titans on their Indian Premier League title victory, is apparently not happy with his batting position in the Proteas line-up. While he did wonders for Gujarat when batting at No 4, Miller has been batting at No 5 or 6 for SA.

However, Bavuma said Miller has not raised any concerns with him about his position in the team.

“David has performed exceptionally well at the IPL and I’m sure that will do a world of good for his confidence and whatever insecurities might be there,” Bavuma said on Tuesday ahead of his team's departure for their T20 series in India.

“And if there are those feelings within our team, I guess one will need to have those conversations.

“In the conversations I’ve had with David he has never expressed those feelings to me. What I know is David is an integral member in our team, and we trust his performances will continue well into the future.”

Miller scored 481 runs for Gujarat from 16 appearances in the IPL and Bavuma believes the confidence the batter has gained will be crucial for the Proteas on their Indian tour and at the ICC T20 World Cup in Australia later this year.

“In terms of batting a bit longer, there have always been conversations over the years when David has done well,” Bavuma said.

“I think he kind of understands where he fits in within the team, but again, if he feels he can add more value in a different position then a conversation can be heard in that regard.

“There’s no way we are going to stifle him or restrict him in any way.

“I think that’s how we try to treat all the players, try to set them up in a position where they can make a strong place in the team.”

The Proteas will leave for India on Wednesday and arrive early on Thursday for their five-match T20 series that start on June 9.