Stubbs looking to impress in India 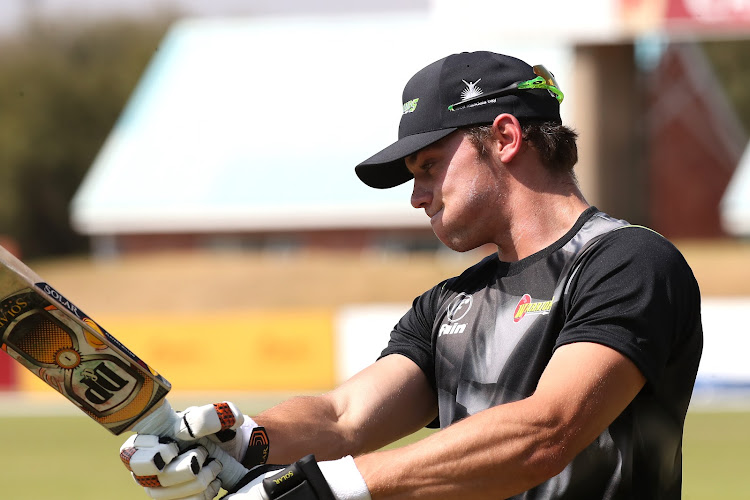 Gbets Warriors middle-order batsman Tristan Stubbs is raring to go as he stands in line to make his debut for the Proteas in their T20 international series against India on Thursday.

The explosive young right-hander cracked the nod for the five-match series after a solid showing for the Eastern Cape franchise.

He ended the domestic season as the second-highest run-scorer in the CSA T20 Challenge staged at his homeground, St George’s Park, in February.

His exploits also earned him the opportunity to spread his wings.

When on tour with the SA A side in Zimbabwe, he was called up to the Indian Premier League, where he was part of the Mumbai Indians squad for the latter half of their 2022 campaign.

Gbets Warriors batsman Tristan Stubbs will be keen to show what he is made of after receiving his maiden Proteas call up for the five-match T20I ...
News
1 month ago

Speaking about the moment he received the call about the Proteas call-up from convener of selectors Victor Mpitsang, Stubbs said it took him a few moments to realise who was on the other side of the line.

“I had actually just woken up, so I was super-excited when I was told that I was being called up to the Proteas.

“My family was so excited, my parents were super-happy for me getting this opportunity.

“My parents have been huge supporters and my mum loves every moment of this stuff,” he said.

Stubbs said it was a new experience for him being part of the national setup and he would look to take in as much as he could from his surroundings.

“Robbie [Peterson] allowed me to play with so much freedom, we obviously chatted about certain game plans, but he also told me to just play the situation as best I could and enjoy myself,” he said when asked about his breakout 2021/2022 season.

Proteas limited-overs captain Temba Bavuma wants his men to make the best use of their upcoming T20 series against India to sharpen up for the ICC ...
Sport
4 weeks ago

If he was given the opportunity to play, Stubbs, a BCom Marketing and Business Management student at Nelson Mandela University, said: “Hopefully, we can win the series [first and foremost], and if I happen to get on the park, I will just be trying to enjoy every moment.”

Having played in subcontinental conditions for the last few weeks with the five-time IPL champions, he said the heat was a different experience and he was trying everything to adapt in the best way possible.

“I have played here a few weeks ago with MI, and I would walk off the field like I jumped into the pool.

“I tend to sweat a lot out here, so I am just trying to stay hydrated as much as possible,” the former Grey High pupil said.

Asked who had the biggest influence on the development of his career, the former Knysna Primary pupil named close friend Josh van Heerden, who now plays for Border, and former Grey High director of cricket Michael Smith, who now leads division two side the Hollywoodbets Tuskers.