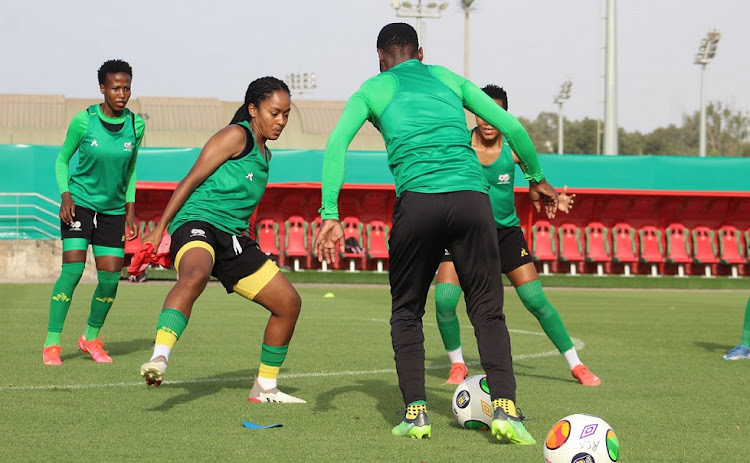 Banyana Banyana coach Desiree Ellis says after the big blow of losing star player Thembi Kgatlana, they have spoken to the rest of the squad about their important role as SA try to win the 2022 Women’s Africa Cup of Nations (Wafcon).

Kgatlana was injured in SA’s last group match against Botswana, limping off in the early stages of the second half in Rabat, Morocco, on Sunday. An MRI scan revealed an Achilles tendon rupture that will see Kgatlana out of the game for six months. The former Atletico Madrid star had to take a flight home.

Banyana, who won all their three group matches against Nigeria, Burundi and Botswana, will face Tunisia in the quarterfinals at Rabat’s Stade Prince Moulay Al Hassan on Thursday (10pm SA time).

SA’s immediate goal is to reach the semifinals, which will give them automatic qualification for the 2023 Fifa Women’s World Cup in Australia and New Zealand. Two other teams go into inter-confederation playoffs.

Injuries are a part of sports. If we can allow to control our emotions of joy, peace and jubilation so can we control our emotions through disappointments, setbacks and challenges. Thank you for all your heartfelt messages. I WILL BE BACK! #MakeJesusYourAim #TK11 🙏🙏🙏 pic.twitter.com/ntoMXOwcGV

“The players are friends with Thembi and she has been with the team for a very long time now,” Ellis said.

“Other players are close to Thembi and they have responded well to the news. We know why we are here and losing Thembi was a huge blow, but we lost ‘Gabi’ [Gabriela Salgado] before the tournament and other players stepped up.

“I know Thembi is a top player, but it’s also an opportunity for other players to step up. Nigeria have also lost players such as Asisat Oshoala and Botswana also lost their star player.

“Thembi also reminded the players the journey still continues and our first aim now is to qualify for the Fifa World Cup and that game is upon us. We selected a squad for every eventuality.

“We did not expect this setback and now the versatility of the squad will have to come through and the quality will have to show. What I saw at Tuesday’s training was very encouraging.”

The hard work must continue!💪💚💛🇿🇦

Ellis explained why she did not rest her key players and went for the jugular against Botswana even though Banyana had qualified for the last eight.

“We always wanted to keep the momentum going and we also did not want to leave it to the calculators and permutations, because at halftime we knew Nigeria were winning 3-0 and we wanted to keep our top position.

“That gives you confidence and momentum and it was important. The quarterfinal is the big one and there’s no second chance or three points — you have to give it your all and reach the first mandate of qualifying for the World Cup.

“I think the training session [on Tuesday] went very well — we worked on a few things that we need to win the game. And I am excited to see what transpired.

“The mood is high and the players are looking forward to the game and that’s a good sign.”

Banyana Banyana want to ensure they end top of Group C of the Women’s Africa Cup of Nations (Wafcon) with a win against Botswana in their final ...
Sport
1 month ago

Banyana put themselves forward as among the tournament favourites, beating 11-time champions Nigeria 2-1 in their opening Group C game, and were less convincing overcoming Burundi (3-1) and Botswana (1-0).

Kgatlana’s injury and an outbreak of Covid-19 in the SA squad — though the SA Football Association have not confirmed how many players are affected — has put an element of doubt into Thursday’s quarterfinal.

Banyana should still have enough firepower to overcome Tunisia, the third-placed finishers in Group B.