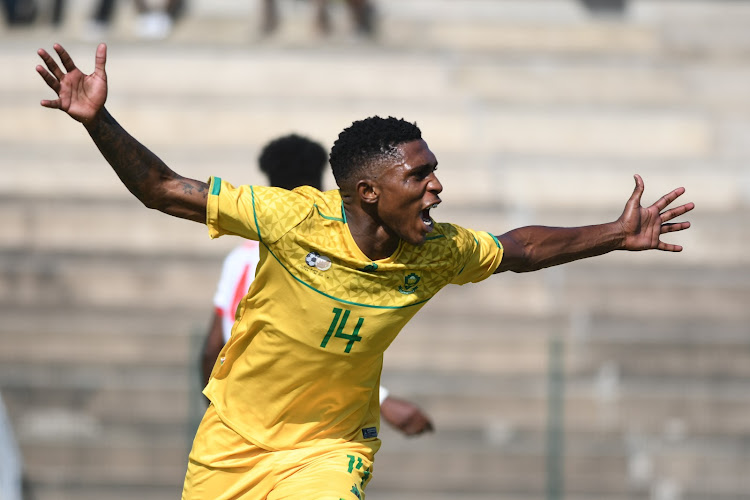 After being knocked out of the Cosafa Cup in the quarterfinals, a youthful Bafana Bafana redeemed themselves with a lukewarm 2-1 win over Madagascar in the semifinal at Sugar Ray Xulu Stadium in Durban on Friday.

Bafana will now contest the Plate final against Botswana or Eswatini at the same venue at 10am on Sunday.

Coach Mkhalele made two changes to the team that lost on penalties to Mozambique in the main tournament’s quarterfinals on Wednesday.

The coach brought in Jayden Adams for Sydney Malivha on the left wing and Chumani Butsaka for Boitumelo Radiopane upfront.

However, Adams had to be stretchered off the pitch in the second half after he was tackled by an opponent. He was replaced by Ethan Brooks.

The South Africans played exciting football and created chances, but the final touch wasn’t up to scratch

Brooks missed the clash against Mozambique due to a minor knee injury.

In their previous clash, Bafana were toothless in front of goals despite creating numerous scoring opportunities.

Despite the slender victory against Madagascar, it was clear a lot of work still needed to be done to get Bafana sharp enough in front of goals.

The South Africans played exciting football and created chances, but the final touch wasn’t up to scratch.

Sifama’s 22-minute goal was a result of good build-up by Bafana. The teenager received the ball from Zuko Mdunyelwa inside the box and used his right foot to beat the islanders’ goalkeeper Eddit Bastia.

SA continued to create chances in the second half, but were only able to find the back of the net in the 85th minute, when 20-year-old Butsaka scored on debut for Bafana after being set up by Radiopane.

However, the visitors were able to pull one back through Razafindranaivo, who easily beat SA keeper Lincoln Vyver.