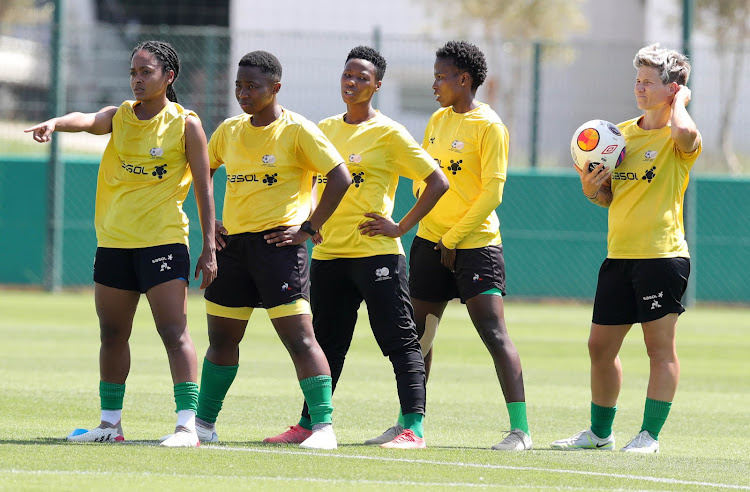 Banyana Banyana are a win away from pocketing staggering bonuses, but they've collectively insisted they're not thinking about money before Saturday's Women's African Cup of Nations (Wafcon) final against hosts Morocco.

The match kicks-off at 10pm SA time at the Prince Moulay Abdellah Stadium in Rabat.

Players have chosen to do the job first before entertaining the idea of being rewarded.

Midfield workhorse Kholosa Biyana is one of the players who insisted they're not thinking about bonuses.

Almost every position in the Banyana Banyana XI has someone who has made it their own but at left-back the competition has always been tight between ...
Sport
2 weeks ago

Left-back Karabo Dhlamini echoed these sentiments, insisting they don't want to focus on what they stand to earn if they break their Wafcon hoodoo.

“Money is the last thing we think about, even in camp we don't talk about the bonuses, because that's [not] important at this stage.

“Our aim is to win the cup and make the country proud. The bonuses will come after doing the job, so there's no need for us to dwell on that.”

Goalkeeper Andile Dlamini agreed they are not counting their chickens before they are hatched.

“We have a big game to play, the talk should be about nothing else. We really don't see the need to have a discussion about the bonuses because it's something we don't think about at all.”

Dlamini credited camaraderie, among other things, for their so far successful Wafcon campaign.

“We're like a family. We look after each other. That has helped us to be here [in the final] today. We are also a hardworking team, so I think we wouldn't have reached the final if it wasn't for our hard work.”