PODCAST | Thembi Kgatlana says Banyana knew what was at stake 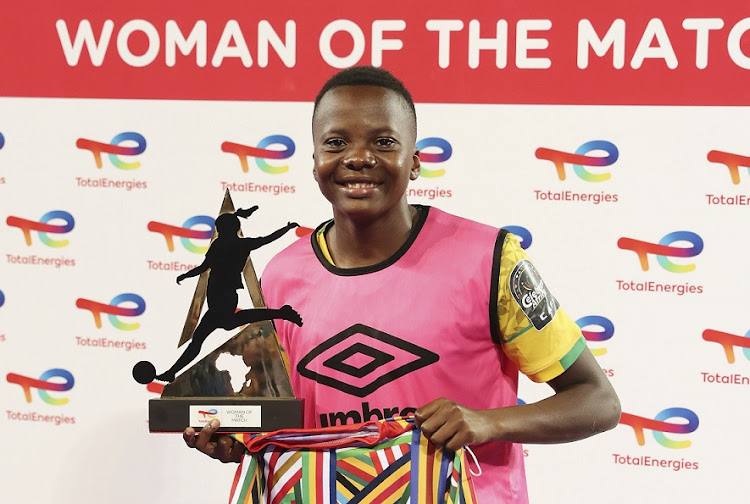 Banyana Banyana's Thembi Kgatlana with her Woman of the Match award after the 2022 Women's Africa Cup of Nations match against Botswana at Stade Prince Moulay Abdellah in Rabat, Morocco on July 10 2022.
Image: Gavin Barker/BackpagePix

Thembi Kgatlana told Robert Marawa's Marawa Sports Worldwide (MSW) the team knew what was at stake as they carried the hopes of the nation winning the 2022 Women's Africa Cup of Nations.

Star attacker Kgatlana returned from the Wafcon with an Achilles rupture that will keep her out of the game for six months. The injury was sustained in SA's final Group C game, the 1-0 win against Botswana.

“We had a mental coach in the team and we knew what was at stake,” Kgatlana told MSW.

“It's still sinking in. It's a good reality for SA women's footballers and the people who have been there before us, the people who started the team, the supporters, the whole country.

“I think we needed to win Afcon, we needed to lift our spirits as South Africans. Winning and being crowned champions of Africa couldn't have come at a better time.”

Sports minister Nathi Mthethwa promised Banyana Banyana R5.8m on their arrival back at OR Tambo International Airport on Tuesday from winning the ...
Sport
2 weeks ago