Itumeleng Khune: I’m a Khosi for Life and will never leave Chiefs 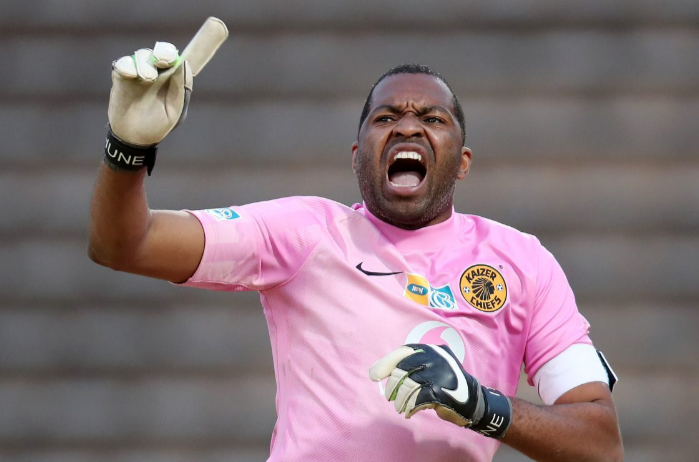 Itumeleng Khune says he will retire at Kaizer Chiefs and is happy to be club captain if he's no longer the regular goalkeeper.

“I will never entertain that I should leave the club. I will never go anywhere. I'm a 'Khosi for Life',” the 35-year-old said at the DStv Premiership's 2022-23 preseason launch at the SuperSport studios in Randburg on Thursday.

“I've been given an opportunity from the development to the senior side. I've been given the responsibility of captaining the biggest club on the continent, so I wouldn't be entertaining ideas that I would like to leave the club in the future.”

Khune said uppermost in his mind is to continue to fight for the No 1 jersey at Naturena under new coach and former teammate Arthur Zwane.

“It's not going to be easy,” he said. “There's Bruce Bvuma, the future Bafana Bafana No 1. There's Brandon Petersen also knocking on the Bafana door, and I've been there [Bafana].

‘We are avoiding the quick fix’: Zwane on Kaizer Chiefs’ lack of strikers

Kaizer Chiefs coach Arthur Zwane says they are avoiding quick fixes and signing for the sake of signing to resolve the lack of strikers in his squad.
Sport
1 week ago

“As goalkeepers we keep learning from each other and the competition is very tight. We just want to give coach Arthur and [assistant] coach Dillon [Sheppard] a good headache.

“We have already played a few friendlies. The goalkeepers were able to share a number of minutes.

“We sat with the coaches and compared our stats from three seasons ago and we've conceded a lot of goals. So now it's going to be important that we concede less and keep more clean sheets.”

With the club experiencing an unprecedented seven-year trophy drought, Khune said it is important they get back to winning silverware in the 2022-2023 season.

“Chiefs is about winning a trophy or two every single season and I've tasted that glory, and it's very easy for me to be able to encourage other players to keep fighting for that.”

The Premiership kicks off on August 5 when Cape Town City host Mamelodi Sundowns at Cape Town Stadium. Chiefs open their campaign with an away fixture against Royal AM at Chatsworth Stadium in Durban on August 6.