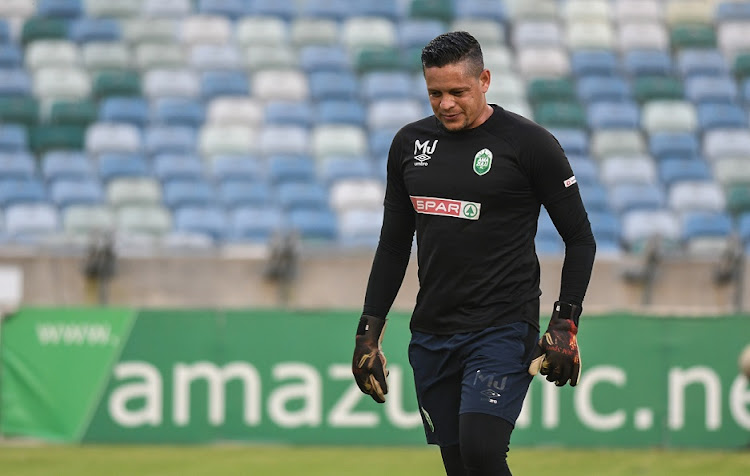 Former Orlando Pirates and Bafana Bafana goalkeeper Moeneeb Josephs has related how being slammed in the media by then sports minister Fikile Mbalula in 2014 “broke” him.

“Slimkat”, renowned as a colourful storyteller and straight talker, discussed his interactions with SA’s sports ministers during his playing career, including Ngconde Balfour and Mbalula, on Robert Marawa’s Marawa Sports Worldwide show.

Mbalula’s comments were made to a packed press conference after Bafana’s 3-1 group defeat to Nigeria at Cape Town Stadium, when SA hosted the 2014 African Nations Championship (Chan). The loss saw the hosts exit in the group stage.

Famously referring to Bafana as a “bunch of losers”, Mbalula singled out Josephs, who made a handling error that led to Nigeria’s second goal.

“I love Moeneeb Josephs but I don’t know what was going on with him yesterday — that is a total disgrace, a performance like that,” then-sports minister Mbalula, now minister of transport, said.

Josephs said he was hit hard by the comments.

“If I look back I think he needs to look into the 'murder'. Because I’m not as big an embarrassment as he is now,” the former goalkeeper said.

Manchester United have confirmed the appointment of Bafana Bafana legend Benni McCarthy as one of the club’s three first team coaches, to serve under ...
Sport
1 week ago

“I was playing for my country. And I can tell you there were reasons for that performance.

“But at the time he broke me — he literally broke me. But God is great because this story has a happy ending — this prince got his little crown at the end.”

Josephs said he was not ready to play in the tournament as he was fatigued and had been given a holiday by his club, Bidvest Wits, and was called back from that by Bafana coach Gordon Igesund to play in the Chan.

In a wide-ranging interview Josephs relayed the background to various events in his playing career. These included when he had to fight a doping ban related to his asthma pump early in his career in 2005, anda disagreement he had over that with then-Ajax Cape Town coach Igesund, and an interaction with Uruguay’s Diego Forlan during the 2010 World Cup.

Josephs played for Ajax, Wits in two stints, Pirates and AmaZulu. Post-playing he has worked as a goalkeeper coach for AmaZulu.