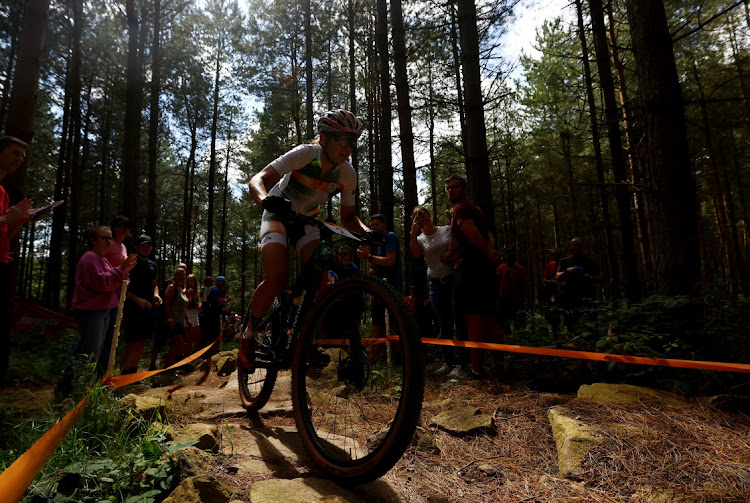 Women powered Team SA’s medal haul at the Commonwealth Games on Wednesday afternoon, scooping one bronze in mountain-biking and a second in lawn bowls.

World champion Evie Richards of England stormed into an early lead, opening up a gap that was never challenged and she completed the 34.17km course in 1hr 34min 59sec.

Behind her Lill engaged in a tight battle for the minor medals against Australian Zoe Cuthbert and Isla Short of Scotland.

But after an hour on the windy course Cuthbert dropped back briefly, looking as if she had tired, but she caught up with the other two before Short fell out of the running.

Cuthbert went ahead in search of Richards and she finished in 1:35:46. Lill crossed the line in 1:36:12, with Short nearly a minute behind.

The South Africans were too resourceful on the green, casting magic as they raced into a 11-2 lead after seven ends.

Van der Merwe’s control at the start of each end was superb, while Levin had the ability to weave the woods around her rivals with the accuracy of a skilled needleworker.

On several occasions, when the English thought they had it sewn up, Levin would negate their advantage. When she wasn’t doing that she was piling on the pressure.

Two thirds of those gongs have been secured by women across five codes. The men have weighed in with five swimming medals and the rugby sevens gold.

In other early action on Wednesday the netball Proteas defeated Wales 69-51. Matthew Sates ended his Birmingham campaign failing to advance to the final of the 200m individual medley, his 2:01.99 being well off his 1:57.43 personal best that ranks him 10th in the world this year.

He and coach Wayne Riddin will have to work out where they went wrong.

Chad le Clos, when asked at the national championships in April what he thought of the youngster, replied that Sates needed to focus his attention rather than trying to race too many events.

Come Paris 2024 they will want to have ironed out whatever they are doing wrong.