Riveiro off to winning start as Pirates down chaotic Swallows 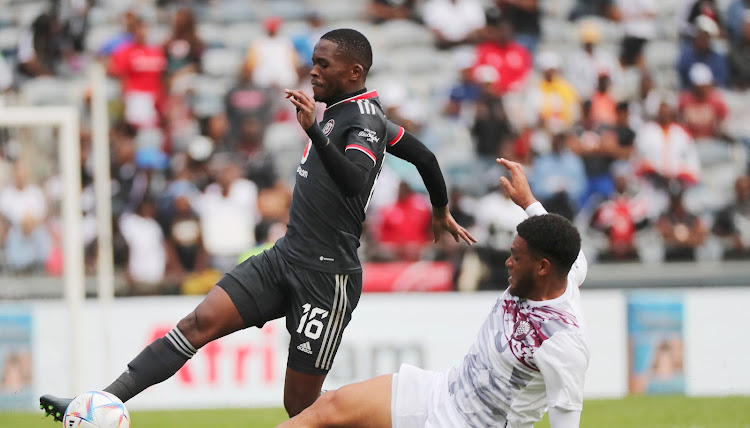 A single strike by Bienvenu Eva Nga was enough to ensure a good start for Jose Riveiro in his new job as Orlando Pirates coach.

His refreshed Buccaneers downed a disorganised Swallows 1-0 at Orlando Stadium on Saturday as he began his tenure on a winning note.

The Spanish coach, who was unknown to most locals until June when Pirates announced him as the new man in charge, received a true SA experience at the Soweto venue with about energetic 12,000 Sea Robbers fans singing throughout the 90 minutes.

Eva Nga, who is also new to Pirates, scored after 10 minutes of play but also missed a number of chances.

Swallows look set to have another chaotic season as senior player Musa Nyatama sat on the bench in the absence of head coach Dylan Kerr who is believed to still be waiting for his work permit.

Fani Madida, who was the assistant coach last season, has apparently gone Awol.

WATCH | 'My work will speak for me,' says Pirates' new coach Jose Riveiro ahead of first game

.After being called distasteful names following his appointment as Orlando Pirates' new coach, Jose Riveiro plans to let his work change the negative ...
Sport
1 week ago

According to reports, Madida didn’t report for preseason and also didn’t inform his bosses whether he has called it quits or not and the defensive midfielder Nyatama, 34, will be a player/assistant coach this season.

Swallows, who faced serious financial troubles in the previous campaign, had at least five new signings on their starting line-up.

Meanwhile, there was a lot of good change in the way the Buccaneers played compared to last season.

Pirates played with a lot of confidence, dominance, and amazing intensity for the first match of the season and made quick exciting moves on attack.

It was no big surprise that the hosts opened the scoring after just 10 minutes into the game when Eva Nga denied goalkeeper Thakasani Mbanjwa a clean start at the Dube Birds.

Eva Nga was set up by Kabelo Dlamini after the latter's excellent play just outside the box.

If the big question for this season is who can stop Mamelodi Sundowns, the answer from the opening game is not Cape Town City or perhaps no one at ...
Sport
2 weeks ago

Riveiro’s big mission going forward will be to work on his side’s attack after everything else seemed to function just fine except putting most of the chances that they create to good use.

If Pirates were clinical upfront they could have at least scored four goals.

Pirates had more chances to increase the score in the first half with players such as Eva Nga and Deon Hotto getting opportunities but they couldn’t put them to good use.

While Swallows were able to avoid conceding more goals in the opening, their display was not that of a top-tier side.

Eva Nga could have doubled his goal tally and for his new club eight minutes into the second stanza when he got the ball inside the box unmarked, but he took too long. When he kicked for goal he had two defenders around him and his soft shot was easily saved by Mbanjwa.

After introducing himself in style to the Ghosts, Eva Nga went on to miss probably the easiest chance when he sent his shot wide with only the keeper to beat and all Thembinkosi Lorch’s hard work was in vain.

Swallows will feel hard done by by the referee after the Dube Birds' Tshediso Patjie looked to have been brought down by Pirates’ goalkeeper Richard Ofori inside the box with 15 minutes to play.

Pirates will now travel to Stellenbosch FC on Wednesday while Swallows welcome Cape Town City at Dobsonville Stadium on Tuesday.