Boxing SA without a CEO after Tsholofelo Lejaka resigns 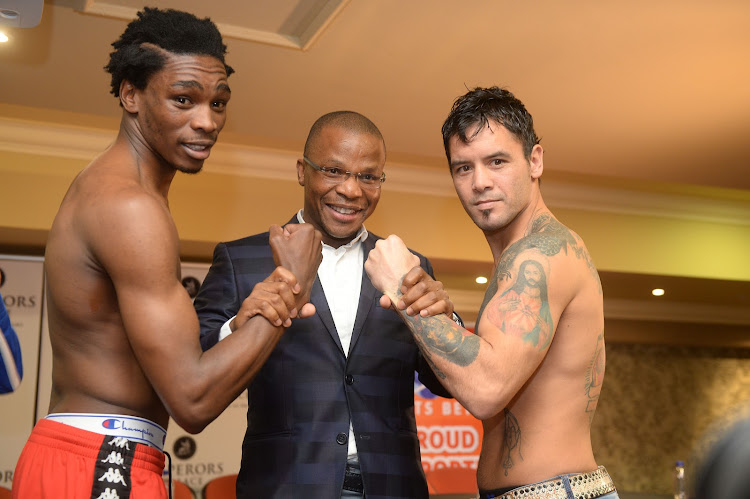 Boxing South Africa (BSA) is without a chief executive officer after Tsholofelo Lejaka's resignation on Monday.

Lejaka's five-year term was to end next year but Peter Ngatane‚ the BSA chairman‚ declined to comment on whether the regulatory body is now operating without a CEO.

But Khulile Radu‚ one of BSA's senior board members‚ said: ‘Yes‚ Lejaka wrote to us on Monday informing us about his departure and also explained why he was leaving.

“Every board member has a copy of his letter.

“The man has got potential to do bigger things and we can’t hold him back. It is just unfortunate that he had to leave at this point in time.”

In his own response‚ Lejaka borrowed from the Bard of Avonto and explained his move.

“As William Shakespeare once acclaimed in his play Romeo and Juliet‚ 'parting is such sweet sorrow'‚" he said.

“The pain of leaving a sector you’ve been an integral part of for years will naturally hurt.

“However‚ knowing that you are leaving without any acrimony or bad blood is also comforting because whenever you reunite with old friends and colleagues‚ it will always be a huge celebration because with lots of the fond memories to reminisce about.

“The reunion time will surely come but unfortunately for now‚ it’s time for parting.”

Lejaka‚ from Thaba Nchu in the Free State‚ was announced as the CEO in 2016 by then sports minister Fikile Mbalula.

None of the previous CEOs before him – Mava Malla‚ Dumile Mateza‚ Krish Naidoo‚ Bongani Khumalo and Moffatt Qithi – finished their five-year terms in office.

They either jumped ship or were pushed.

Lekaja himself did not reveal the reasons behind the decision to leave a year ahead of his scheduled exit.

More than 90 boxing gyms across the country have already submitted their applications to resume training but the majority of these gyms are in areas ...
Sport
11 months ago

South African boxing was on its knees and regarded as a lost cause before his appointment in 2016 as there were transgressions aplenty‚ including allegations of maladministration and corruption.

But Lejaka quickly knocked the sport into shape barely three months into the seat and made his presence felt.

He made sure that boxers who were owed money after fighting in tournaments got paid.

He worked under four different ministers - Mbalula‚ Thulasi Nxesi‚ Thokozile Xasa and Nathi Mthethwa - and will look back at the results he got under these different administrations.

Most of the promises he made when he became BSA CEO were honoured.

While he is leaving without changing and modernising South African boxing law‚ he was at least able to finalise the draft amendment regulations and get the sector to agree on the urgent areas of the proposed rules.