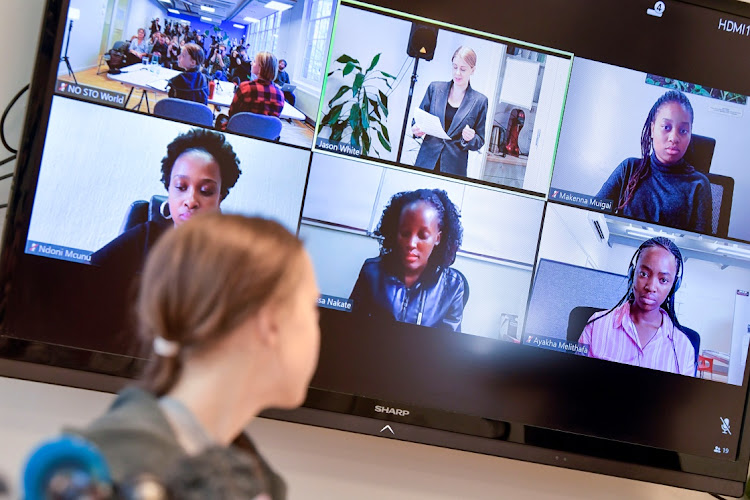 Student Hilda Flavia Nakabuye is at the forefront of Uganda's Fridays for Future strikes - but it was years until the 22-year-old realised her own family were victims of climate change.

Storms and drought forced Nakabuye's family to sell their livestock and almost all their land a decade ago, and she was forced out of school for months over unpaid tuition fees. None of them understood why their luck had turned so bad.

"We all didn't know it was because of climate change," Nakabuye told the Thomson Reuters Foundation in a telephone interview from the Ugandan capital, Kampala, recalling her grandmother's confusion and distress.

"She sometimes told me that the gods must be very angry at us ... I can remember her tears; her eyes sobbing with tears all the time," she said.

It was only when Nakabuye joined Kampala International University three years ago that she learned global warming was driving the destructive weather patterns - and became part of a growing movement of young protesters demanding climate action.

"It felt very bad," she said, "but then at some point it felt like a relief because you can't solve a problem that you don't know the cause for."

As Fridays for Future strikes, launched by Swedish activist Greta Thunberg in 2018, spread across the world, Nakabuye has rallied young Ugandans to ditch school and protest, including delivering a list of demands to the Speaker of Parliament.

Despite the East African country's vulnerability to climate change, awareness of the issue is low, said Nakabuye, calling for women and girls to be given a strong voice in helping Uganda deal with the impacts of more extreme weather patterns.

As co-founder of Uganda's Fridays for Future movement, Nakabuye appeared alongside Thunberg at United Nations talks in Spain and will travel to Britain to speak at a women's rights rally in London next Sunday, which is International Women's Day.

The March4Women event, organised by CARE International, will bring together female climate campaigners as they call on governments to make a rapid shift to net zero emissions.

Nakabuye hopes to use her story to highlight how climate change is affecting Uganda and developing countries - particularly women and girls in rural areas who spend hours fetching water, digging fields and cooking for their families.

In Uganda, agriculture accounts for 70% of employment, mostly on small farms, according to the World Bank.

Climate change has brought erratic weather, with heavy rainfall and flooding, as well as prolonged dry seasons and droughts, threatening crops and livelihoods - with women often burdened with ensuring everyone is washed and fed.

"In a traditional Ugandan setting, women suffer the most. They play the most roles in a family or a community," said Nakabuye. "Women have to move long distances to look for firewood, to fetch the water, to finish up all these chores."

The climate movement must listen to women as they can draw on their experiences to offer solutions, she added, as well as making space for voices from Africa and developing countries grappling with the impacts of a warmer world.

"It's a good thing that women are starting to take roles and responsibilities in fighting to protect their futures," said Nakabuye, who plans to study for a master's degree in sustainable development to help her community.

"Women are on the frontlines of the climate crisis ... I don't think it is possible to have equality for women and girls without climate justice."

Thomson Reuters Foundation is the charitable arm of Thomson Reuters, that covers the lives of people around the world who struggle to live freely or fairly. Visit http://news.trust.org