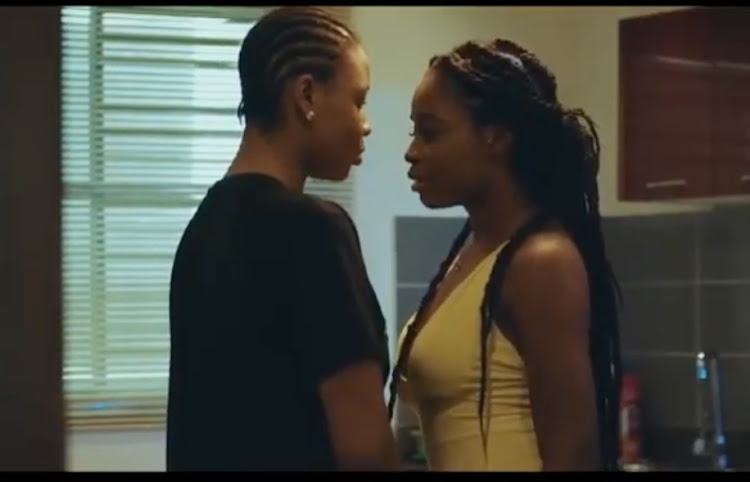 Two naked women lie in bed, stroking each other's hair and talking about coming out to their parents in Nigeria, where they could be jailed for 14 years for having a lesbian relationship.

The trailer for Nigeria's first lesbian feature film, Ife — which means love in the Yoruba language — has been watched thousands of times since its was uploaded to YouTube in July, with viewers commenting on their excitement over its release.

"In Nigeria, there has never been a film like Ife," said its producer, Pamela Adie, 36, one of Nigeria's most prominent LGBT+ activists, who has been a World Economic Forum speaker and won recognition from the Obama Foundation as a young African leader.

"No film has had this impact in Nigeria ... The reception to the poster and the trailer has been mad. We expect it will be madder when the full film is released."

Nigeria is a deeply religious country, where millions reject homosexuality as a corrupting Western import. LGBT+ people usually meet in secret or online as living openly risks stigma, family rejection or even stoning under Sharia law in the north.

New Zealand adds gender-neutral title for voters ahead of polls

New Zealand authorities have added the gender neutral title Mx for voters who do not identify as male or female, seeking to boost LGBT+ participation ...
News
1 year ago

A 2014 law criminalising gay relationships is being used to prosecute 47 men for same-sex public displays of affection, after Nigerian police raided in 2018 what they said was a gay club. The men said it was a birthday party.

But LGBT+ Africans are growing increasingly vocal and visible, with the internet providing a space for gay-friendly films, talk shows and websites, which campaigners say are encouraging greater tolerance among younger generations.

As the government's film board might not approve Ife for distribution in Nigeria, Adie said she plans to release it on an online on-demand platform later this year.

"Anyone who wants to watch will be able to do so from anywhere in the world," she said, declining to give further details.

Nike’s new 'You can’t stop us' advert has all the love for addressing social issues, including Black Lives Matter, LGBTQI+ rights, equality and the ...
News
1 year ago

It believes this has contributed to a softening of attitudes among Nigerians towards the LGBT+ community. In its latest poll, it found that 30% of Nigerians said they would accept a gay family member in 2019, up from 11% in 2011.

Adie sees the media as a key force in changing hearts and minds. She works as a campaign manager for All Out, a US-headquartered LGBT+ rights group.

A high point of her job was leading a successful campaign to ban homophobic US pastor Steven Anderson from visiting SA in 2016, with more than 50,000 people petitioning against his hate speech.

By making Nigeria's first lesbian love story, she hopes she can help other women struggling with their sexuality.

"Every time there is a film made that centres LGBTQ people, it would always be about gay men," she said.

"This is one for us ... it will bring immense joy to the hearts of many of us who would be seeing people like us centred in a Nigerian film for the first time." — Thomson Reuters Foundation

Same-sex relations are legal in only 22 of Africa's 54 countries and are punishable by death or lengthy prison terms in some nations, according to a ...
Africa
1 year ago

Kenya banned its first lesbian feature film, Rafiki, for promoting homosexuality in 2018, despite it being the East African nation's first film to premiere at the Cannes film festival.

Arts and entertainment are major cultural exports for Nigeria. Its multibillion-dollar film industry, Nollywood, is famed for its lavish tales of romance and witchcraft, which it churns out at a rate second only to India's Bollywood.

In most Nollywood films, LGBT+ characters are mentally ill or possessed. Spiritual leaders try to deliver them from the “demon of homosexuality” before their sexual orientation destroys the lives of everyone around them.