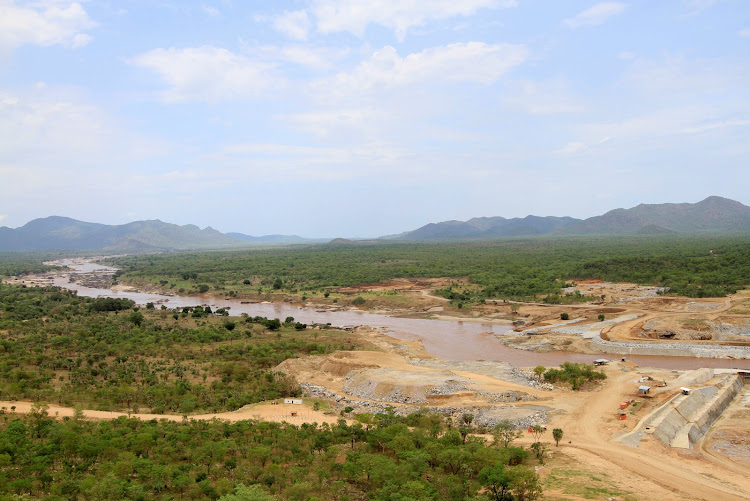 Egyptian President Abdel Fattah al-Sisi called on Saturday for a binding deal by the summer on the operation of a giant Ethiopian hydropower dam, as he made his first visit to neighbouring Sudan since the 2019 overthrow of Omar al-Bashir.

Egypt also signalled support for Sudan in a dispute with Ethiopia over an area on the border between the two countries where there have recently been armed skirmishes.

Both Egypt and Sudan lie downstream from the Grand Ethiopian Renaissance Dam (GERD), which Addis Ababa says is crucial to its economic development.

Ethiopia, which says it has every right to use Nile waters long exploited by Egypt, started filling the reservoir behind the dam last summer after Egypt and Sudan failed to secure a legally binding agreement on how the dam will be operated.

Khartoum fears the dam, which lies on the Blue Nile close to the border with Sudan, could increase the risk of flooding and affect the safe operation of its own Nile dams, while water-scarce Egypt fears its supplies from the Nile could be hit.

Years of diplomatic talks over the project have repeatedly stalled. Egypt and Sudan's positions have drawn closer as Cairo has engaged in a flurry of diplomacy over the issue in the past two years.

This week Egypt's chief of staff signed a military co-operation agreement with his Sudanese counterpart during a visit to Sudan.

“We affirmed the necessity of returning to serious and effective negotiations with the aim of reaching, as soon as possible and before the next flood season, a just, balanced and legally binding agreement,” Sisi said after meeting Sudan's leaders.

Sudan recently proposed that the US, European Union, United Nations and AU should actively mediate in the dispute, rather than simply observing talks, a suggestion that Egypt supports.

Ethiopia this week indicated its opposition to adding mediators to an existing AU-led process.

Basic rights in Africa under threat from ‘digital authoritarianism’

From internet shutdowns and online surveillance to social media taxes and arrests for antigovernment posts, “digital authoritarianism” is a threat to ...
Africa
6 months ago

Sisi's call came a day after Egyptian Foreign Minister Sameh Shoukry appealed to UN Secretary-General Antonio Guterres for a return to “serious” negotiations over the dam, according to Egypt's foreign ministry.

Meeting with the head of Sudan's ruling council, Abdel Fattah al-Burhan, Sisi also discussed “recent Sudanese moves to extend state sovereignty on its eastern borders with Ethiopia, which come within the context of Sudan's respect for international agreements”, a statement from Egypt's presidency said.

Sudan and Ethiopia have blamed each other over unrest in the border area of Al-Fashqa, long settled by Ethiopian farmers. Ethiopia has rejected Sudan's claims to be asserting its rights to control the area under a border agreement from 1903.

Since Bashir was toppled after mass protests, a military-civilian council has held power in Sudan under a political transition expected to last until the end of 2023.