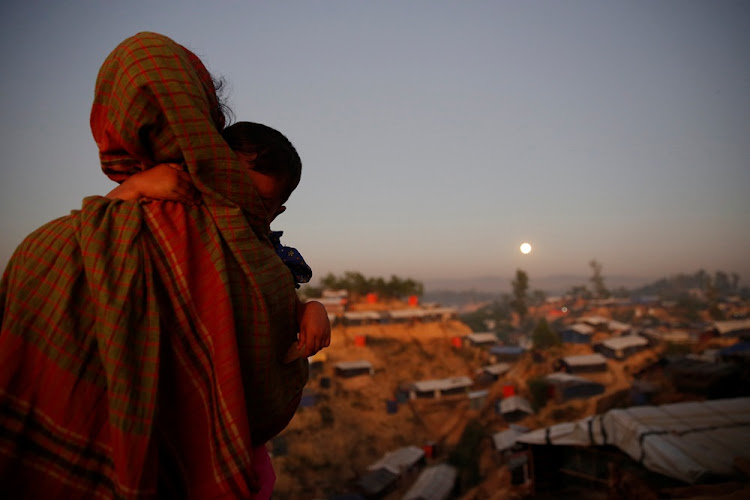 Many said they ate only one meal a day because there's not enough aid. The humanitarian response has been hampered by continued fighting in some areas, the United Nations says.
Image: REUTERS/Susana Vera

Conflict in Ethiopia's Tigray region has separated nearly 5,000 children from their parents, Save the Children said on Tuesday.

Many children now live in crowded conditions, often sleeping in rooms with dozens of unrelated adults, leaving them vulnerable to abuse, Save the Children said.

Fighting between the federal government and forces in the northern region broke out in November and is believed to have killed thousands and displaced more than a million people.

Save the Children's account was borne out by one young girl, who told Reuters how she had come home to find both her parents gone.

‘The rapes are to punish Tigray’: horrific reports of sex abuse in Ethiopia

Freweyni, a seven-year-old from the town of Mai Kadra, lost track of her parents and her siblings when ethnic killings began. Reuters is withholding her last name for privacy reasons.

"Our neighbours came and said 'Run, people may kill you,'" she told Reuters in March at a school sheltering displaced families in the regional capital Mekelle.

Her father stayed with her sick grandmother but told her to run. When she returned home, neither her parents nor her grandmother were there; she hasn't seen them since, she said.

Freweyni, now cared for by a neighbour, was one of 45 separated children sheltering in the Kasinet High School, where people cram into crowded classrooms or camp under trees.

Many said they ate only one meal a day because there's not enough aid. The humanitarian response has been hampered by continued fighting in some areas, the United Nations says.

The government has said it has supplied 70% of the food aid sent so far and is racing to rebuild infrastructure.

Communications are still a challenge: phone lines in some areas have been down since the conflict began; even major towns such as Shire, home to tens of thousands of displaced families, can have their road and phone connections disrupted for weeks.

"Protection systems that would normally support separated children have been almost totally disrupted due to the conflict," said Magdalena Rossman, protection advisor for Save the Children.

One 11-year-old girl and her little brother lost their family in fighting, but managed to reunite with their 23-year-old brother, Save the Children said. He had fled to Sudan but came back searching for them. Their parents are still alive but unable to reach the children.

"When the war started, everything went bad," the 11-year-old said. "There was always the sound of guns and armed men."

"I want to be with my parents again. I still feel afraid."