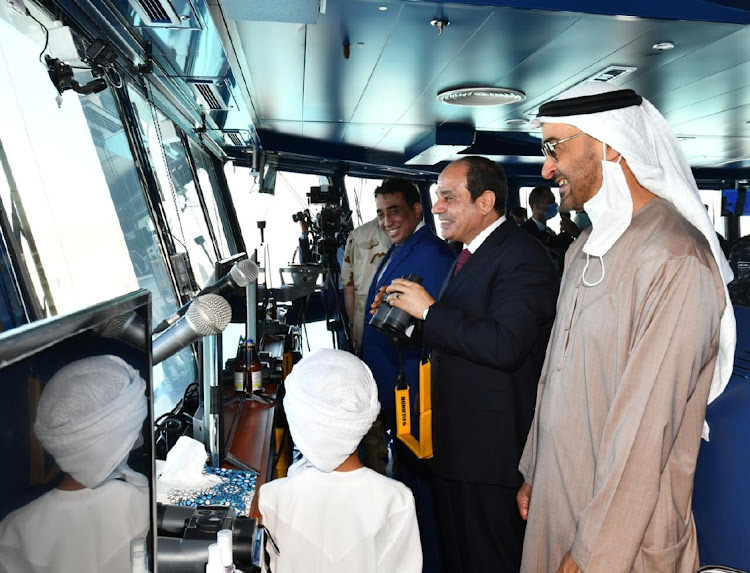 Egypt says the July 3 base will help it protect strategic and economic interests as well as helping guard against irregular migration as it works to boost its naval presence on the Mediterranean and the Red Sea.

At the inauguration, two Mistral helicopter carriers acquired from France were on display alongside a German-made submarine and two recently delivered FREMM-class Italian frigates.

Naval forces performed exercises that included the firing of rockets, parachute jumps and an amphibious landing as Sisi and his guests looked on from the bridge of one of the Mistrals.

The July 3 base, whose name marks the day in 2013 when Sisi led the overthrow of Muslim Brotherhood president Mohamed Morsi in 2013, is spread over more than 10 sq km and has a 1,000-metre naval quay with a water depth of 14 metres. It also has quays for commercial shipping.

The eastern border has been a key security concern for Egypt as Libya slid into turmoil after 2011, though it has beefed up its presence in the area.

Sudan and Egypt agreed on Wednesday to coordinate efforts to push Ethiopia to negotiate "seriously" on an agreement on filling and operating a giant ...
Africa
1 month ago

Egypt and the United Arab Emirates, where Sheikh Mohammed is de facto ruler, backed the eastern-based commander Khalifa Haftar in the civil conflict that developed in Libya after 2014, but Cairo has increasingly thrown its support behind a United Nations-led political effort to reunify the country.

Mohamed al-Menfi, who attended the opening on Saturday, is part of that process as head of Libya's three-man presidential council.

Egypt has also experienced tensions with Turkey — which backed Haftar's western rivals in Libya — over maritime rights in the gas-rich eastern Mediterranean. However, Cairo and Ankara have taken cautious steps this year to mend relations.