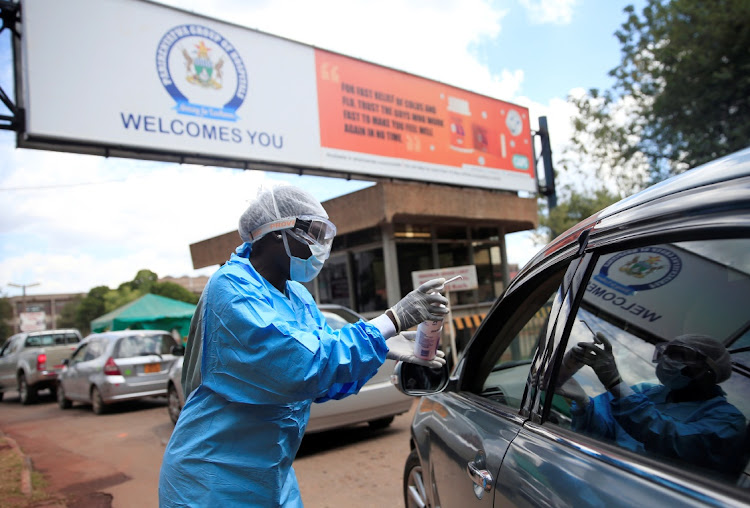 Ziyambi Ziyambi said while Zimbabweans would not be forced to get vaccinated, those in the public service had a responsibility to protect the public by getting Covid-19 shots.
Image: Supplied

Government workers in Zimbabwe who do not want to be vaccinated against Covid-19 should resign, its justice minister said on Tuesday.

The southern African nation has so far vaccinated 2.7 million people, against a target of inoculating two-thirds of its 15 million population by the end of the year. President Emmerson Mnangagwa's government says it has paid for 12 million Covid-19 doses from China.

Ziyambi Ziyambi said while Zimbabweans would not be forced to get vaccinated, those in the public service had a responsibility to protect the public by getting Covid-19 shots.

“We are not forcing you to be vaccinated but if you are a government employee, for the protection of others and the people that you are serving, get vaccinated,” Ziyambi told private radio station ZiFM Stereo.

He did not suggest that the authorities would punish government employees who refuse the vaccine, but said they should take it upon themselves to quit.

“If you want to enjoy your rights, which are in the constitution, you can resign,” he said.

Ziyambi did not pick calls when contacted for comment.

The Zimbabwean government employs more than 200,000 people, with teachers accounting for the largest number.

Ziyambi said “there will come a time when we will not want any teacher who is not vaccinated.”

Zimbabwe has recorded 125,671 Covid-19 cases and 4,493 deaths since the start of the outbreak last year, with more than half of these in the past two months.

The Zimbabwe Confederation of Public Sector Trade Unions, which represents government employees, said it would provide a comment later.

Vaccines are now available to all adults in Zimbabwe, but supplies are scarce and clinics understaffed, especially in the capital Harare, where residents often have to queue up from early in the morning for the hope of a shot.