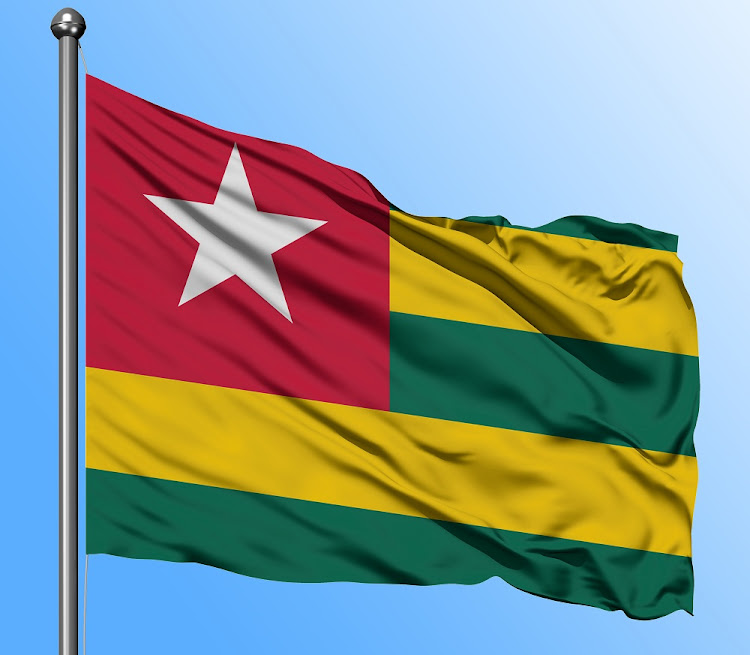 Togo flag waving in the deep blue sky background. The country's army had previously said that seven people were killed and two injured in the village of Margba due to an explosion, and that it was investigating the cause.
Image: 123rf/sezerozger

A group of civilians, all teenagers, killed on Saturday night in northern Togo were hit by an airstrike after the army mistook them for jihadists, the army said in a statement on Thursday.

The army had previously said that seven people were killed and two injured in the village of Margba due to an explosion, and that it was investigating the cause.

A medical source told Reuters that all of the victims were between the ages of 14 and 18. Local media reported that they were on their way home from celebrations of the Muslim holiday Eid al-Adha when they were suddenly killed.

It is evening and daylight is fading fast along the Jinja-Tororo road as it passes through Buwenda Village, Uganda. The road is dry, littered with ...
News
1 month ago

“It was during (counter-terrorist) operations that an aircraft on night patrol accidentally targeted a group of people whom it mistook for a column of jihadists on the move,” said the statement by army chief Dadja Maganawe.

“The Togolese armed forces express their profound regret for this tragedy,” he said.

The strike happened in the northern Savanes region where Togo declared a state of emergency last month due to rising insecurity, as Islamist militants spread south from neighbouring Burkina Faso.

The army said it was acting on intelligence that armed groups had planned to wage attacks in the area.