Xhosa holds its own in academic studies 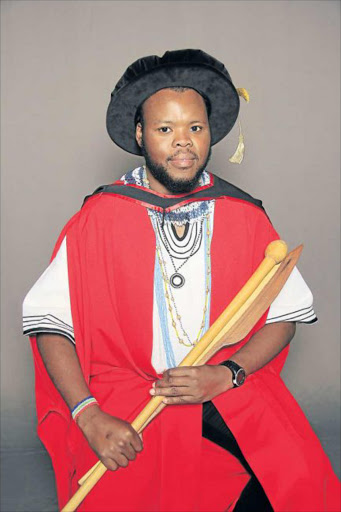 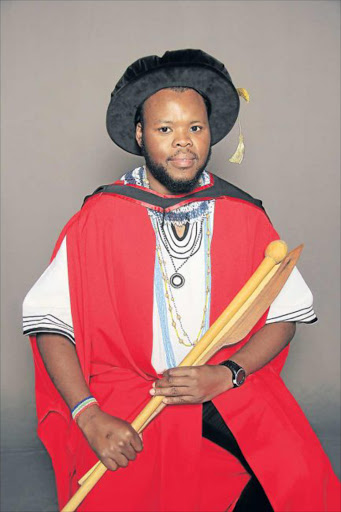 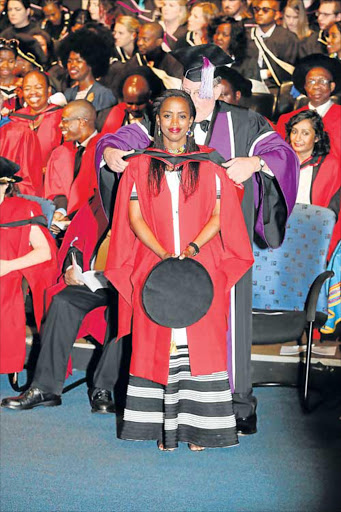 The beauty, relevance and importance of the Xhosa language were highlighted through academia this month via a duo of Rhodes University theses produced by two PhD students.

In a first for the institution, Dr Hleze Kunju produced his research paper titled “IsiXhosa as a Minority Language in Zimbabwe: Survival and Maintenance”, completely in his mother tongue.

Dr Thulani Mkhize, on the other hand, focused on the writing of Xhosa poet Nontsizi Mgqwetho who wrote over 90 political poems between 1920 to 1929 in Johannesburg completely in Xhosa, catering to a Xhosa audience. Through this research, Mgqwetho’s poetry is used as a tool to analyse the complexities and dynamics of African literary production written in African languages.

Both graduates received their doctorates at the institution’s graduation ceremonies held during April.

The Daily Dispatch caught up with both of them to chat about their research.

Kunju – a lecturer at Sol Plaatjie University in the North West – said the idea to compile his thesis in Xhosa was mainly inspired by his active participation in the Rhodes University Language Committee.

With the drafting of the current language policy, Kunju said it was agreed that students should be able to use their mother tongue language as part of learning. Passionate about the preservation of Xhosa as well as the ideal of transformation in higher learning institutions, Kunju said his research material also played a hand in his decision.

His thesis focused on the lives of around 20000 members of the amaXhosa tribe who relocated to Mbembesi in Zimbabwe in the late 1800s and early 1900s under the leadership of Cecil John Rhodes.

According to Kunju, his preliminary research on the matter revealed that not much literature around the topic was available in the country, with many of the Zimbabwean Xhosa clans unaware of just how vast their numbers were.

Kunju said on his first visit to the villages in 2013, he found a great variety of members of the different Xhosa clans in 12 different villages. All of them still speak Xhosa, with the dialect spoken by the younger generation slightly influenced by Shona and Ndebele.

His initial visit was followed by other trips which spanned a total of two years, with the final research paper compiled and completed in 2016.

“I realised that there wasn’t much information available on them and there were very few people in the country who know about this. I decided then to give them due respect by firstly telling their story through my research but also telling it in their mother tongue, so that they too can one day read what I had written about them. This was the main reason I wrote in my mother tongue. There is very little literature on the Xhosas written in Xhosa.

“There are two other reasons I decided to write in Xhosa. The second is because I really love the language and I become truly emotionally disturbed when people look down on the language and undermine the fact that it could be used as a medium of instruction in universities.

“The third reason is because we are speaking about transformation and decolonisation and I think mother tongue learning could be of great advantage to many students. When I arrived in university I realised that many of us who did not go to English medium schools, were at a disadvantage because everything was taught in English. I found this practice really unfair because students who spoke English as a mother tongue and went to an English medium school all their life were given the same assignments as I was and writing the same tests as me and we were being marked in exactly the same way. I felt this was another form of colonisation and I felt I had a right to learn in a language that I’m more comfortable with.

“I’m not saying every Xhosa should study in Xhosa. I'm just saying people should have the choice and have the option available to them.”

Kunju said major challenges during his journey was finding the correct academic Xhosa text in which to compile his thesis.

“An example is the word ‘methodology’. I found no such word in the Xhosa language. In the end I wrote the word ‘i-methodology’ with the translation ‘the way in which this research was compiled’ in Xhosa next to it. I realise that is not necessarily the same as the word methodology as it is in English but rather an explanation of what it is. That was just one of the words I struggled with.

“This made me realise that my research was even more important in that we need to push academic literature in Xhosa so future generations will not struggle as much as I did where I had to translate many words into Xhosa from English,” he said.

Mkhize said her thesis topic had been inspired by her masters in English research thesis where she looked at 19th and 20th century African writers from the Eastern Cape such as Tiyo Soga, SEK Mqhayi and Nontsizi Mgqwetho.

“We have a rich intellectual heritage of writers, poets, historians and intellectuals yet we were never taught about their work in school or at university. I was inspired to research and write about their works and the issues they write about and offer insights into which we still encounter today in one form or another,” she said.

According to Mkhize, westernisation has affected how many Xhosas view and interact with this literature, with many not exposed to their own literacy heritage. She said with the move to decolonise the curriculum in universities, a more balanced curriculum that reflects the socio-historical and linguistic reality of all students would be introduced.

“Mgqwetho’s poetry showed me that we come from a tradition of organic intellectuals who successfully and strategically navigated the situations and spaces they found themselves in and we have much to learn from them as modern men and women to empower ourselves and take our place in the world in a way that serves our families, communities and nation.

Kunju said his doctorate was not just an achievement for him but for Xhosas as a whole.

“My research and my travels have taught me that people need to be proud of their heritage and language. Learning, loving and encouraging Xhosa does not mean we must not learn other languages but that we need to value our own language.