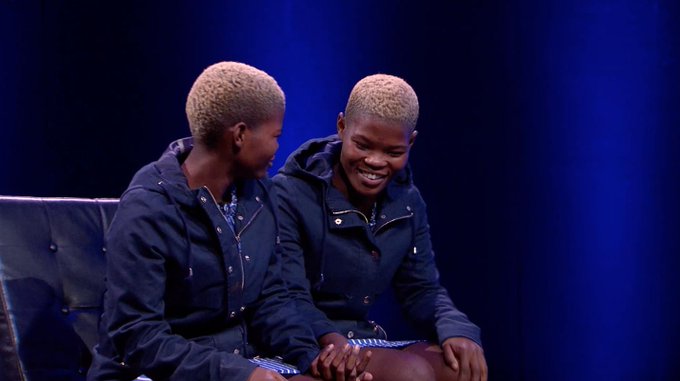 Fans were just about ready to cancel Idols SA judges Somizi and Unathi on Sunday, after they criticised Virginia Qwabe's performance.

Virginia, a firm fan favourite alongside her twin sister, Viggy, showed her versatility with a performance of the hit, Umsindo.

While many fans were stannin' hard over the performance and compared Virginia to the late Brenda Fassie, the judges were far less impressed.

Unathi said Virginia seemed distracted, while Somizi said he was not feeling Viggy's performance and Randall reminded her that this was a competition.

It's the judges' job to critique the talent, but fans were touched and soon flooded social media with memes and messages, telling them to get their ears tested.

They said the twins had performed well and should “ignore the haters”.

Others cast more votes than before for the pair to prove the judges wrong.

Somizi's unfair comment on Viggy's performance brought me here. 50 votes for Viggy (Her perfomance didn't get enough credit). 50 votes for Virginia. The twins are ready to be booked and perform for their fans now. #IdolsSA #1stTimeVoter pic.twitter.com/jPiOIH8ahp

I don't care what Somgaga and the other judge said. Oksalayo I am voting for Viggy #IdolsSA pic.twitter.com/SCdtRXh3Hh

Somizi should lay off Viggy, that performance was good
Its time he went to his honeymoon#IdolsSA

@somizi stop this nonsense u have against Viggy it not cool at all. You boring broe. #IdolsSA

@somizi what is your problem
With Viggy ???
She delivered what you requested last week being colourful

Viggy and Virginia has my votes don't care what d judges say#IdolsSA pic.twitter.com/m95tElWxGl

The judges can say whatever, Virginia and Viggy did very well today.
I have a feeling they don't like them #IdolsSA