Sons of the Sea explores the complexities of poaching, which is often not simply a choice between legality and criminality, but between starving or not 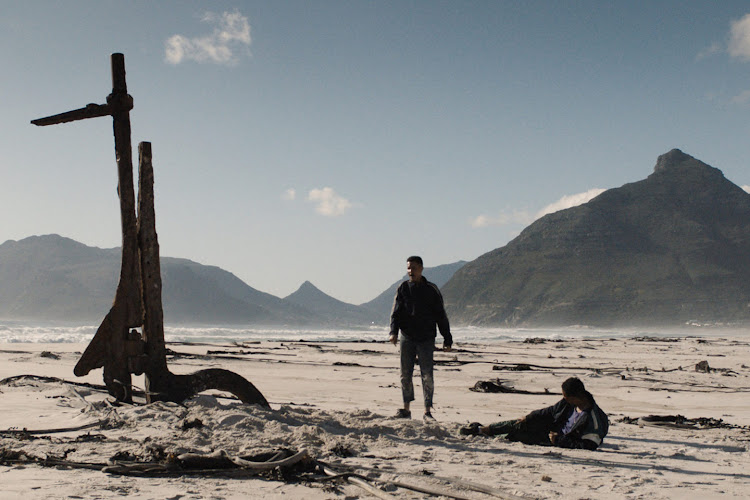 What does salvation look like? When a person lacks options, this may not be a straightforward judgment to make. Is salvation an unearned windfall, or doing what’s legal?

The award-winning South African film Sons of the Sea pivots on questions like these. It explores the moral universe of forced choices through the narrative of Mikhail and Gabriel, two brothers from Kalk Bay, a fishing village near Cape Town. Mikhail is the older brother and a small-time abalone poacher. Gabriel is set up as his opposite: he completed school, plans to study further, has a good job at a local hotel and is in a relationship with a responsible young woman. Mikhail lives life according to somewhat looser morals — associated here with active criminality.

When a foreigner dies in the hotel where he works, Gabriel finds a stash of dried and packaged abalone, an amount that represents a fortune if it can be sold successfully. The brothers steal the valuable marine snails, setting off the well-known crime movie spiral into uncontrolled events.

As a counterbalance to the brothers, we encounter Peterson, an official with the local government department that deals with marine resource extraction. We are given clues about Peterson to indicate a man in a desperate situation — a widower with a young son and problematic mother-in-law, financial troubles and an inherited ethos of living off the land. Without giving away the story, suffice it to say that the lucre of the abalone lures all three to a dramatic resolution.

Abalone, or perlemoen (Haliotis midae), is a shellfish that was once abundant along SA’s Western Cape coast. Illegal extraction rose steeply in the 1990s, for a number of reasons. It is highly sought after as a delicacy and status symbol. This made it valuable to the established black marketeers who saw the newly democratised SA as an expansion opportunity.

A number of coastal communities were left disappointed by the fishing rights processes that they had been relying on to reverse a century and more of colonial and apartheid exclusion from the formal fishing sector. When it became clear to these communities that they would not gain access to fishing resources, many took to “protest fishing”. This opened the gap for more intentionally criminal elements.

While it has its roots in the idea that the sea belongs to the people of the Cape, the reality is that poaching is devastating these communities and the ecology on which they wish to base their livelihoods.

Sons of the Sea is beautifully filmed, with close-ups and lingering shots of the Atlantic, the Great African Seaforest and the fynbos-covered hills at the southern tip of Africa. The land and sea help determine what actions the characters take. Switching between them echoes the idea of salvation as ambiguous, preventing clear distinctions between who is good and who is bad.

When I talk to people about my research into marine resource law enforcement in the Western Cape, I often encounter two perspectives: a conviction that all illegal fishers are criminal poacher-gangsters; or that poaching is a noble response to the enduring legacy of colonial and apartheid exclusions of people of colour from the ocean space and resources. The reality is usually far less clear cut.

What I argue — in line with other work on different kinds of illegal resource extraction — is that the decision to poach is not a decision, but a destination on a journey that is often fraught with loss and exclusion. Many divers have died in rough seas or when trying to evade law enforcement. Unless you are the kingpin or the merchant, poaching is a dangerous choice which could see you dead, in jail or embroiled in gangsterism.

My research has repeatedly shown me that SA’s coastal communities are under-resourced to the point of precarity. The intergenerational cycle of poverty leaves one with few choices. The dithering by the Department of Forestry, Fisheries and Environment on implementing policy for small fisheries means that poaching is often the only option. It is not simply a choice between legality and criminality, it is often between starving or not.

To stop poaching, communities must be nurtured — in some cases regenerated — to provide young men like Mikhail with options. In the film, he is not simply criminal — he is trapped by the legacy of exclusion that reserves the sea for others. As a young man of colour, who did not finish school, he is in a bracket that currently suffers from 40.2% unemployment. He has no hope of getting a legal fishing licence, or a regular job with prospects. So why would he turn away from the one thing that provides without taking?

We see this complexity of intention and motivation not only in the two brothers, but also in the character of Peterson. Woven throughout the backstories of these characters is loss of loved ones, lack of resources and the desperation to get out of the economic hardships that prevent their futures from being realised.

Sons of the Sea presents the shifting landscape that compels the characters to revisit their choices and motivations as events unfold. What is the right choice changes, and is never the same for two characters at once. Throughout the first part of the film, we see Gabriel practising a speech under his breath, checking his notes as he prepares for this future in which he is centre stage, being listened to. He drops it, and Peterson finds it at the scene of the crime. As he reads it, so do we as the audience:

All world processes are made up of two forces.

It is clearly intended as the central idea of the film. This is vital, as the fight against poaching is a misnomer. The only constructive, long-term counter to illegal fishing and the abalone black market is a world in which young people are not preoccupied with salvation, with saving themselves, but one in which they do not need saving.

• Norton, is a lecturer at the University of Cape Town

This article was first published  by The Conversation