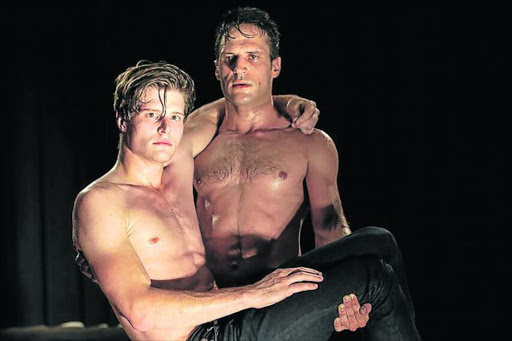 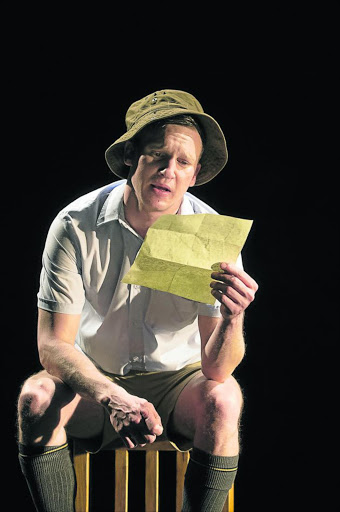 Men are getting a bad rap with #Menaretrash, but two festival works have dived into masculinity and come up with different angles on the gender.

Macho Macho, a physical dance essay out of Amsterdam, Netherlands, starts out as eye candy. Topless and ripped Anton van der Sluis and Jurriën flex and preen before the fashion shoot-strength of floor lights.

This, it turns out, are men acting out their so-called roles before the public gaze.

But the gaze is vicious and unrelenting. It transmits a social code which demands that men be strong, competitive and even brutish.

A dance sequence shows men being supportive bros with a hint of homo-eroticism as they roll suggestively. But men fall, they get dragged, even slapped back to consciousness, exhorted to get back into the game.

And this sequence carries on, and on, and on until our performers are panting, and awash with sweat, their movements slowed by realtime exhaustion. But their eyes remain focused, lazer-like, on us, the audience.

We feel exhausted too. It is painful and those eyes are accusatory. They say it is our fault.

In the end these men are broken beasts, worked into a coma of exhaustion, as are we, the audience.

And then there is sorrow and breakdown, great heaving sobs and a desperate shaking and quivering. A smile which had been frozen on the face for so long that your jaw hurts, turns into a death’s head grimace. It is unnerving, because it hits the nerve. Who, among men, has not been beaten into submission, humiliated, and shamed? Own up ous.

There is resolution: two guys, arms around each other, worked like horses on their way to the knackers, face the world together in defiance of the dominant hegemony or idea which demands that we conform to the unspoken beat of masculine tyranny.

But that is not real. Real men do fight and strive, but they also mourn, lament, show compassion and vulnerability. We love and we can be so soft, and we do cry.

For one who was close to death at the hands of the “branch” back in the day, it burns me to watch the work. But art has a way of leaving the hands of the progenitor and Gideon Lombard, directed with sensitivity and insight by Lara Bye, gives a sublime performance.

Perhaps the dark, cruel, perfidious world of the author has given us the key to the door of the internal workings of a racist, militarised, white Afrikaner family.

Think Hitler and his love for Eva Braun, and you will get the idea of the surreal “happy family” led by a SADF brigadier-general, as seen through the eyes of his young son.

Also, be prepared for nudity when Lombard’s character, about to die on someone else’s “border”, says goodbye to his manhood. In the full glare of stage lights, he delivers a monologue to his penis and testicles. It is shocking, taboo and tragic, but it works as theatrical device. — mikel@dispatch.co.za