New Arts Fest director is up for the challenge 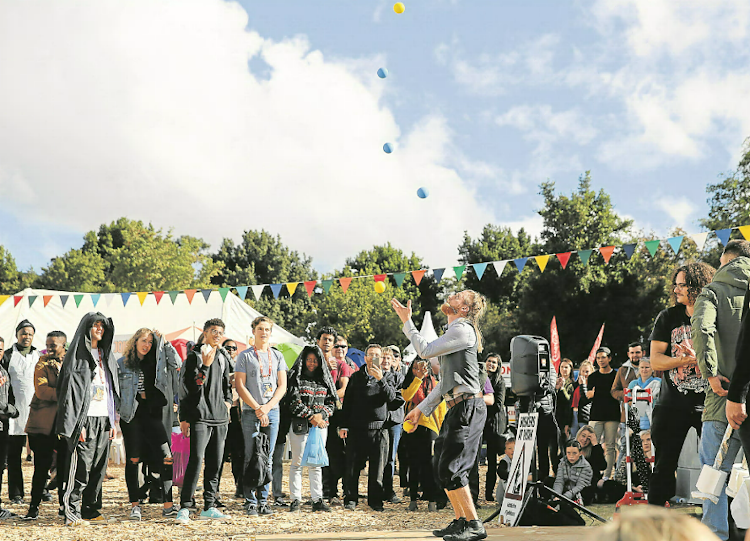 Sven, a Swedish street performer, does his act in front of an appreciative crowd at the 2019 National Arts Festival in Makhanda
Image: Alan Eason

Bringing a new and fresh dynamic to the annual National Arts Festival is the aim of newly appointed artistic director Rucera Seethal, who said she was excited to take on her new role and incorporate a more global approach to the festival programme.

Currently based in Johannesburg as the programme manager at Pro Helvetia, one of five liaison offices worldwide of the Swiss Arts Council, Seethal is responsible for the performing arts portfolio across Switzerland and the Southern African Development Community (SADC).

Speaking to The Herald from Johannesburg, Seethal said one of the bigger challenges she faced was having to relocate.

“Relocating to Makhanda will be a big change for me and my family, but I am looking forward to the exciting experiences the move will bring,” Seethal said.

The former art director and production manager at Cape Town-based Chimurenga, an arts, culture and politics magazine, Seethal said it was important to look at bringing different offerings to the festival from a global perspective.

“It is important to bring in different offerings to the programme for inspiration and to facilitate the necessity for collaborations between artists,” Seethal said.

Armed with heaps of experience from working extensively across the African continent and the globe, Seethal said she most looked forward to bring to the festival a new dynamic in approaching what is presented to audiences.

“It is exciting and a little scary at the same time.

“But my approach is relationship based, especially with the festival, which has such a strong history,” Seethal said.

She officially takes up the position as artistic director in January 2020.

Seethal will be engaging in festival curation processes in the interim.

The 2020 instalment of the National Arts Festival hosted in Makhanda will run from June 25 to July 5.