What happens when tradition and modern medicine collides? 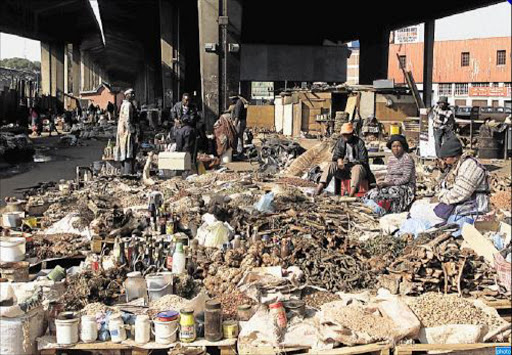 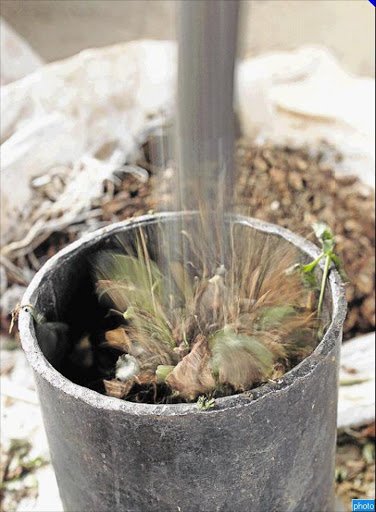 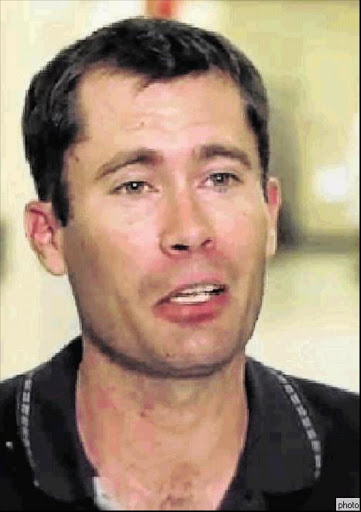 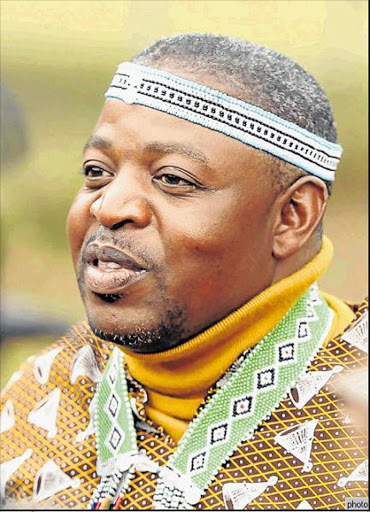 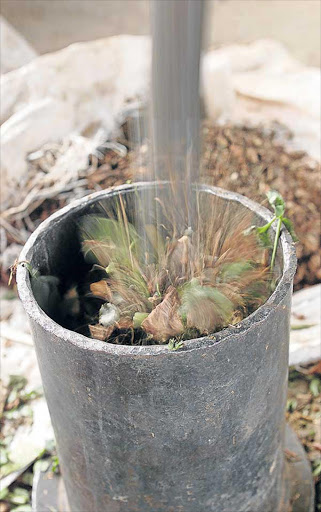 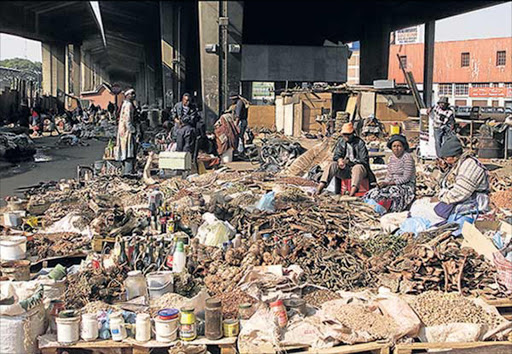 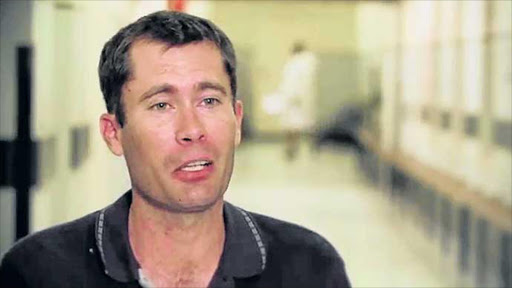 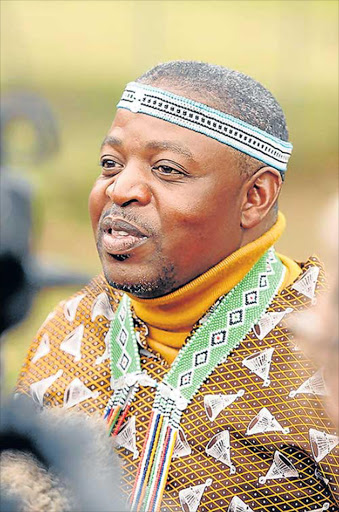 Healthcare practitioners working in the rural Eastern Cape struggle not only with a lack of staff and resources but also with the belief systems at play in most of the communities they service.

This is most notable in pregnant women and infants, where unsafe traditional remedies, practices and myths are used to induce labour or cure an ailment.

The top three which have created the most issues in newborns and pregnant women are iyeza le plate – a traditional mixture that is administered to toddlers for colic and can result in severe diarrhoea, kidney failure and death; ukususwa kwebala – a myth that infants need to be subjected to small incisions on which traditional herbs are applied in order to remove dark patches sometimes found on an infant’s back, but the incisions may cause infection of the blood and death; and umchamo wemfene – a liquid drunk by pregnant women towards the end of their pregnancy in order to induce labour.

It is also believed that umchamo wemfene relieves the pain of child birth.

Provincial government spokesman Sizwe Kupelo, who has worked as provincial health spokesman, said: “In 2013 about 13 children were admitted to Zithulele Hospital in Mqanduli due to incisions applied to them in order to remove the so-called ibala.

“In 2014 a three-year-old from Elliotdale suffered kidney failure after being given iyeza le plate traditional mixture.”

Kupelo said these remedies were used as a result of illiteracy and ignorance on the part of the mothers, and had resulted in a number of deaths in the past.

“These challenges require the deployment of health personnel to educate our people in those areas about these dangers and on the proper ways of bringing up children,” he said.

Dr Ben Gaunt, clinical manager at Zithulele, said umchamo wemfene was not actually baboon’s urine – it was a mixture women usually took towards the end of their pregnancy.

“In KwaZulu-Natal it’s called isihlambezo – holy water. It’s a liquid substance usually with plants in it. It’s the same concept – women are basically saying ‘I’ve had enough, let’s get the baby out’.

“How dangerous it is varies depending on where you are and who prescribes it – is it your granny or a traditional healer? Therefore the results differ and for this reason we discourage the practice,” he said.

Gaunt said labour on its own was dangerous at best.

It might happen that women who ingested this mixture had an easy labour and delivery, but other women who have had umchamo wemfene have been known to suffer excrutiating pain during delivery.

Furthermore, he said for a woman who has had a caesarian or has had a few babies in the past, the chances of rupturing the uterus were high and this could lead to death.

“There haven’t been any deaths in our hospital due to this, but it is potentially dangerous for mom and baby due to the over-stimulation of the uterus. Babies don’t have as much tolerance as moms when it comes to this,” he said.

The Traditional Healers’ Association’s national general secretary Solly Nduku said it was dangerous to prescribe traditional remedies incorrectly. He also stressed that the mistakes of a select few traditional healers should not be taken to mean the entire industry was rotten.

According to Nduku, umchamo wemfene is a traditional medicine made of salt-like substances such as dried Cape aloe. “They used it in the olden days with no complications because they knew how to use it and how much of it was necessary.

“It’s similar to an old remedy called ibotile yoku geca which was used by women who had not yet conceived.

“They were given this to cleanse their bodies for when they fell pregnant so that the baby grew in a clean body.

“Even umchamo wemfene was administered only to be used during certain months of one’s pregnancy, not to induce labour. It was for balancing water in the body to avoid excess fluid,” he said.

Nduku said a pregnant woman had to adhere to the prescription months and quantities indicated – this was paramount.

Iyeza leplate, according to Gaunt, is designed to treat a number of symptoms to do with the abdomen, such as cramps, vomiting, and oral thrush around the mouth.

“They are all colic-related, and colic goes away naturally. Again the medicine varies depending on where the patient gets it from. Granny’s version is normally harmless but not medically recommended – however we are sensitive to local beliefs,” he said.

It becomes problematic however when the patient in question has a larger problem than normal childhood colic, as administering the mixture in this instance could delay their visit to the hospital and at times the medication given could be harmful, leading to instances of kidney and liver failure.

“We’ve had babies who’ve died from this.

“However we are proud of our community here in Mqanduli. In 2013 local traditional healers decided that sick children under a year should not be given medicine but go straight to the hospital – we are very proud of this appropriate sign of compromise,” said Gaunt.

Regarding iyeza leplate, Nduku said in the olden days pregnant women had no access to clinics for antenatal care and instead followed traditional ways to ensure healthy pregnancies.

“To ensure giving birth to a healthy child with perfect skin and a baby who is appealing to other people; for that we had abazalisi bemveli – traditional midwives with no Western training,” he said, adding that these women also aimed to ensure that babies were never in the breach position so that there was no call for caesarian sections.

Nduku said after birth there were different mixtures infants had to take at different stages of their development to ensure that they had strong bodies, were healthy and their blood was always clean.

According to Gaunt ukususwa kwebala was the worst of the three practices.

“It’s a terrible thing, it’s a disaster. A lot of people will say that ibala is not a traditional illness from this part of the world, that it comes from places like Rustenburg and Johannesburg.

“What it is in fact is a ‘stork bite’ – a small birthmark at the back of the neck that ends up going away, but it is feared a lot. It’s thought to be a poison that will slowly creep into the child’s head and the baby will get sick and die.

“We’ve seen children cut literally 100 times on their back, resulting in sepsis and organ failure. We’ve had a number of children die because of this.

“It’s scary, it’s like a self-fulfilling prophecy when the children actually die. Moms are specifically terribly frightened of ibala.

“We try to be proactive about this one specifically,” Gaunt said adding that it was believed that the incisions opened a way to get rid of the evil spirit causing ibala.

Nduku said there was a difference between umkhango, a normal birthmark and ibala, a ‘stork bite’. Umkhango is a permanent mark whereas as ibala is temporary.

“Some people confuse the two and end up giving dangerous remedies for umkhango.

“It’s important to take children to reputable healers within the community. Locals know which healers are great with children,” he said.

Nduku was saddened to learn that the remedy for ibala in some communities was incisions on children’s bodies.

Gaunt said his community utilised both Western and traditional medicine.

“As a health service we need to be very careful not to label traditional medicine as evil because people really believe in it and we must respect this while explaining our medical understanding of these things.

“Most of it depends a lot on individual patients and individual traditional healers.

“Our traditional healers in my community are very responsible and it is possible to co-exist, especially because our patients believe in both,” said Gaunt. — vuyiswav@dispatch.co.za