Venture out in tangible search of the ‘big guns’

Almost eight decades on, there is a renewed interest in East London’s World War 2 history. And, ironically, it is technology that has triggered residents’ desire to learn more with excursions to 3 Heavy Battery taking place

By John Harvey - 08 June 2019
The guns are colossal, and would have presented a real threat to German U-boats.
Image: John Harvey

Thursday this week marked the 75th anniversary of the Allied Forces landing at Normandy, an event that would alter the course of World War 2 and ensure Hitler’s quest for world domination would go no further.

“Bands of brothers”, as history now remembers them, stormed the code-named beaches of Utah, Omaha, Gold, Juno and Sword on what essentially amounted to a suicide mission.

Yet despite being heavily shelled by German artillery units, the allies managed to break through their defences, setting in motion a series of events that would ultimately result in the Führer putting a bullet through his brain on April 30 1945.

Few more noble pursuits can be found than those on D-Day, and quite rightly those who gave their lives to safeguard the world’s freedoms, are honoured and commemorated each year.

Wonderful artefacts, such as this receptacle for binoculars, can be found on the site.
Image: John Harvey

But World War 2 is so named because it was fought on many global fronts, South Africa being no exception.

A total of 334,000 citizens of this country – black, white, coloured and Indian – volunteered to counter the ruthless ambitions of the Axis powers, whether at home or abroad.

South Africa’s involvement in the war meant it was compelled to shore up its defences as German U-boats zeroed in on the coastline seeking opportunities to exploit any weaknesses and make inroads on the continent.

East London, with its open and expansive bay, was a prime target for the German navy, but South Africa was ready, establishing radar stations at Nahoon Point and other strategic positions on the coast.

Now, almost eight decades on, there is a renewed interest in East London’s World War 2 history. And, ironically, it is technology that has triggered residents’ desire to learn more.

Some three weeks ago, city local Andre Oosthuizen was flying his camera-fitted drone near the beachfront precinct.

As the device soared in the vicinity of the Orient Theatre, it projected back images of several derelict buildings, as well as two massive guns pointing out to sea. 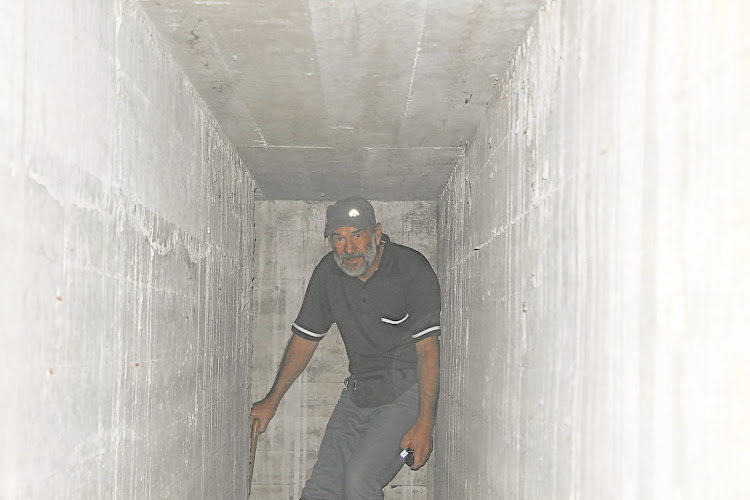 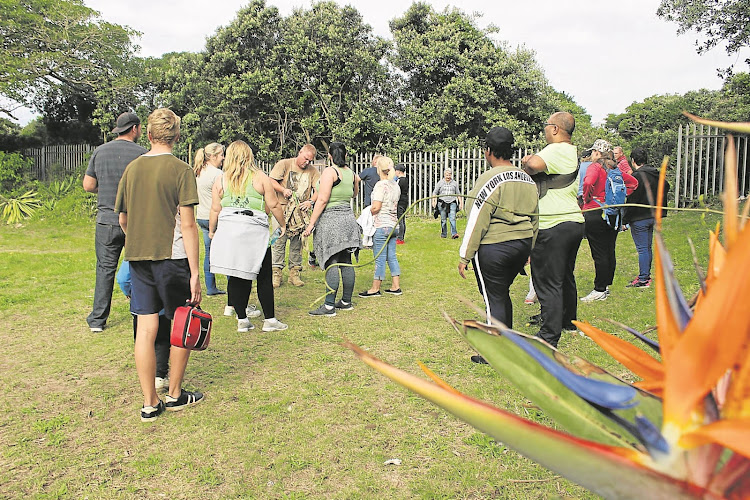 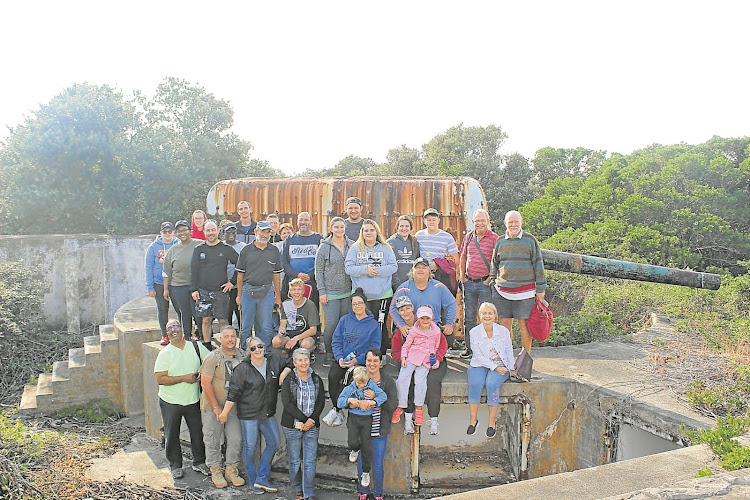 While these structures and weapons were surrounded and covered by dense bush, he felt that his find was worth sharing with others on social media. Within minutes, his post was flooded with comments from people intrigued by this fascinating discovery.

One of these was a young woman by the name of Nicole Potgieter, who suggested a WhatsApp group for anyone interested in arranging an excursion to the site.

Her idea was well-received, and two weeks ago, the first group of “explorers” gathered outside the Orient to ascend the hill in anticipation of coming face-to-face with this remarkable piece of East London heritage.

Not a lot has been written about the war-time installation, but according to social media post on East London down memory lane by Peter Conway-Cleaves, it was part of 3 Heavy Battery which consisted of Buffalo Battery and Docks Battery.

In 1946, it was amalgamated with the battery in Port Elizabeth and renamed 3/6 Heavy Battery.

East London was a prime target for
the German navy, but South Africa was ready, establishing radar stations at Nahoon Point

“The battery consisted of two 6-inch Breech Loading Mark VI guns with steel shields, and there were three gun pits, one of which was left empty. Above ground, buildings consisted of a battery observation post and director station, as well as wooden accommodations and administration buildings.

“Underground magazines were accessed by steep staircases, and were closed with copper-clad doors. Shells were raised via electrical hoists to the guns.”

The article says that the guns could fire a 45kg shell to a distance of 13km.

As to how this battery met the end of active service, researcher Richard Tomlinson provides the best clue.

Writing on the website of the SA Military History Society, he explains that the fitting of guided missiles to Russian warships made fixed artillery defences obsolete.

On Sunday, I was part of the second group to take the tour of the site. Some 30 men, women and children made up the party, which, according to Potgieter, was a far greater number than the previous weekend.

“As a child I had never heard of this place, so I was really keen to see it for myself. The interest people have shown is incredible. It’s nice to see how many people are excited about it,” she said.

With everyone keeping an open mind about what lay ahead, we proceeded through what was the old putt-putt course before ascending a steep incline into the hills above the beachfront.

The sturdy construction of the buildings harks back to a bygone era.
Image: John Harvey

The early morning chill had given way to a glorious morning, and after ducking several overhanging branches and carefully negotiating loose soil underfoot, we arrived at the first of our destinations.

A yawning gap, presumably the open gun pit, greeted us.

Lying to the left and right of this were small buildings housing several rooms.

While it was clear vagrants had been making use of the structures, the sturdy walls and wooden doors harked back to an age when quality, not quantity, was very much the only order of the day.

But as absorbing as this site was, it was the magazine rooms that provided the thrills (or fears for some). Their entrances were barely visible in the thicket, but once located, the mysteries that lay 12 or more feet below were too hard to resist.

Once descending the steep steps, with handrail still intact, cellphone torches were a must.

In each of these magazines, there are several rooms, but it is clear they have not been inhabited by humans for years.

Aside from the leavings of dassies and blanket of cobwebs, the rooms hardly show any other dirt. The walls are six inches thick, suggesting these caverns were built with the expectation of bombing in mind.

The boxes are of the sort one associates with John Wayne war movies, army-issue receptacles for the hero soldiers’ cigarettes, chocolate bars

A standout feature are the tunnels that occur on the perimeter of each magazine.

They call for people to crouch down in order to move through, and for the claustrophobic among us, they would hardly be considered pleasant. Then again, war was never meant to be.

For many of us, it was the big guns we had come to see, and see we did.

These are colossal – about 8m in length – and their location gives a direct view of the ocean and port far below.

Near the second gun is a lookout tower, again rock solid in its construction. It is here where we found some of the most interesting artefacts of the outing.

Not only was the floor of the bottom room completely covered with pairs of discarded military boots, but on the lookout platform above (this is reached by ladder) we found wooden boxes that once housed binoculars, radio communications and power connections.

The boxes are of the sort that one associates with John Wayne war movies, army-issue receptacles for the hero soldiers’ cigarettes, chocolate bars and weekly rations.

The entire site area is not huge, yet there is so much to see and do that setting aside two hours is definitely recommended.

So much of the world’s history is now archived online, that people’s need to venture out and be in the actual presence of the past appears to be waning by the day. For school pupils and students, details of long-forgotten events are now available at their fingertips.

That is what makes this initiative so refreshing. Young and old, men and women, all want to get out there and find out for themselves, harbouring a real belief that tangible history is the best teacher.