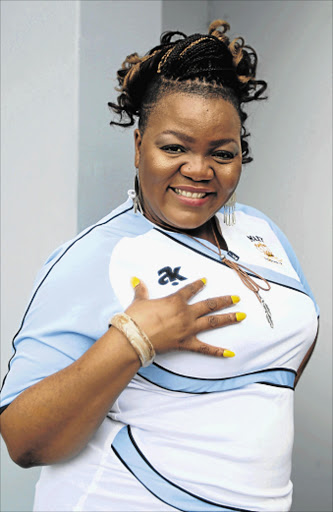 KhoiSan Maxy
Khoisan Maxy, also known as the Queen of the Sands, is ready to show South Africa what she’s got with the release of her latest album, Why Uvuma?

With 13 albums out in Botswana, KhoiSan Maxy released her first afro-soul album in South Africa last month. Her new single Why Uvuma? is currently on high rotation on all major stations in the country.

A visit to South Africa in 2004 saw KhoiSan Maxy being offered a recording deal by Universal Music.

“I did a session with Chicco Twala and a lot of people were introduced to my sound. Back then, when Universal offered me the deal, I was not ready to leave my country. There was a lot going on in my life and I said I would come back after 10 years,” she said.

Fast-forward to 2017 and Maxy is finally ready to take her music to the next level.

“Ten years turned into 13 but I am glad I signed to Universal Music last year.

“We started working on this album in August this year,” she said.

The album, recorded in the San language, Setswana, Zulu and English, has been produced by the legendary Robbie Malinga.

“The album has a bit of soul, afro pop and afro soul. I talk about a lot of things. There are love songs and cry songs.

“I am calling on all Africans to unite and to stop name-calling each other.” — poliswap@dispatch.co.za