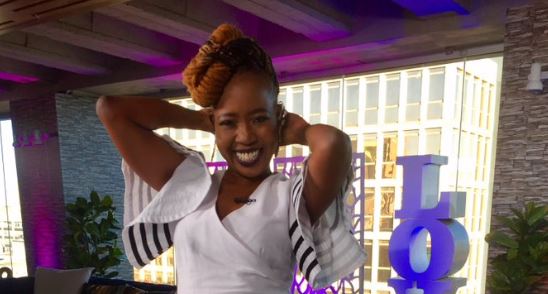 Social media was once again in flames this week after outspoken musician Ntsiki Mazwai was accused of shading Bonang's intelligence.

The star sparked fierce debate on Tuesday when she tweeted that she would like to see Bonang appear on a current affairs show to be asked some “serious questions”.

She added spice by suggesting that Bonang should not be given the questions she would be asked before the interview.

“They mustn't give her the questions prior to go research ... and she mustn't be shy about not knowing things. Just be herself and throw in her political social commentary,” Ntsiki tweeted.

Her comments were seen by many as an attempt to undermine Bonang's intelligence and “embarrass” her.

Ntsiki denied this, saying that she was not being judgmental. Instead she is interested in hearing Bonang's take on current affairs.

No. I am saying she must be herself. I'm not sure how you're getting to that conclusion but no it wasn't a judgement tweet, just a great tv content tweet. https://t.co/IVjIVf0J2J

I thinking what would make it interesting is how she navigates around the questions actually....and it would be even better if she had fun with it and took it to unexpected places . Be herself https://t.co/BReK7foXpj

Because her talent in fashion and style is too predictable ???it would make such fun tv to have someone dilute our serious issues ???just 30min bathong https://t.co/tfkNkeGdtS

She predicted that B would “say unbelievable things” and said her fun personality would make the interview engaging.

Because she has a fun personality - I think the juxtaposition of these two personalities would be fun to watch https://t.co/mwLRpS7wFq

Also she would say unbelievable things I feel ???? https://t.co/mwLRpS7wFq

Yes. And sometimes it's dope to hear from people who don't engage such usually. https://t.co/kV6Y3lv2zG

It is not the first time Ntsiki has “shaded” Bonang and fans were quick to claim that she is “obsessed” with B.

Ntsiki said that she spoke about everyone, but she only got heat when she mentioned Bonang.

I don't know I kinda get the sense we all talk about Bonang because erm...well.....she is our biggest celebrity? https://t.co/Z2JzL886Pv

I talk about everybody- you focus on Bonang https://t.co/nnfMjwxMA3