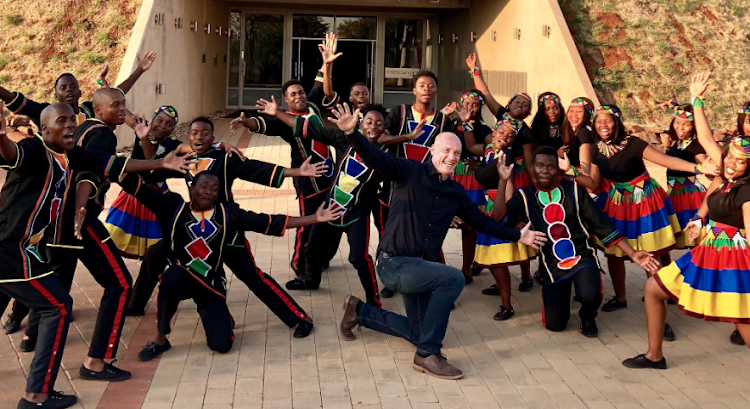 The Ndlovu Youth Choir and Wouter Kellerman won the Best Independent Music Video for their Zulu version of Ed Sheeran's 'Shape of You'.
Image: Twitter/Wouter Kellerman

Well, here's some good news for your Friday.

America's Got Talent runner-up the Ndlovu Youth Choir, has once again flown SA's flag high, scooping an international accolade at the Hollywood Music in Media Awards in the US.

The Limpopo-based choir and Grammy award-winning SA flautist Wouter Kellerman won the Best Independent Music Video for their Zulu version of Ed Sheeran's Shape of You.

The awards show took place on November 20, and celebrated a decade of recognising the most exceptional music artists in all visual media from around the globe, including film, TV, video games, trailers, commercial advertisements, documentaries and special programmes.

The choir's music video for the song was released just more than a year before the choir became an international name with its appearance on America’s Got Talent.

Taking to social media, the Ndlovu Youth Choir and Kellerman shared the news.

The Ndlovu Youth Choir’s first album is set to drop at the end of this month and is exclusively licensed to Sony Music Entertainment Africa.

We are very excited to announce that we have won the @HMMAwards (Hollywood Music in Media Awards) for 'Best Independent Music Video' for our collaboration with @wouterkellerman on a Zulu version of Ed Sheeran's ‘Shape of You’. ???????? pic.twitter.com/lCaXtfJq5D

America's Got Talent runner-up the Ndlovu Youth Choir is excited to welcome the 2019 Rugby World Cup (RWC) champions at Johannesburg's OR Tambo ...
Lifestyle
2 years ago