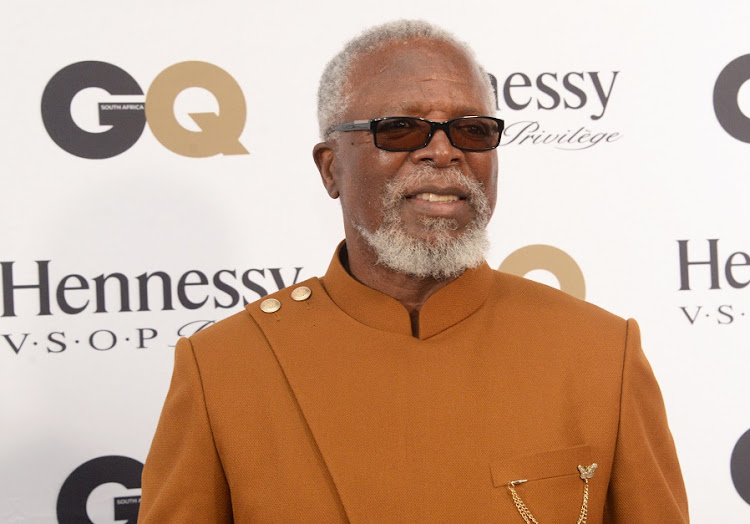 Actor Dr John Kani has been honoured with a Golden Elephant Lifetime Achievement Award for his life's work.

The playwright, whose career spans more than five decades, was recently recognised for his achievements in the performing arts by the production company behind Muvhango Word of Mouth Pictures.

At an awards ceremony hosted in his honour, the star was presented with the award by Muvhango director Duma Ka Ndlovu. In his acceptance speech, John reflected on his career and the multiple lifetime achievement awards he has received over the years.

The Black Panther star said he never realised how much interest there was in his career and work.

This is unbelievable. I never even knew these people were interested in the work that I do

“This is unbelievable. I never even knew these people were interested in the work that I do. I just wake up and do what I love best and the older I get, the more the truth gets stronger. To receive the inaugural lifetime achievement award is such a deep gesture,” said John.

The veteran actor has had a 2020 of wins. Earlier this year, he was awarded an honorary doctorate in literature.

Upon accepting the award, the star spoke up about the challenges SA faces, including racism, reconciliation, sexual and gender-based violence, a general lack of humanity, a redistribution of the country’s wealth and resources, and an inclusive economy.

“However, action is needed more than just words. Now is the time for all of us artists, who have the luxury of a public platform, to campaign openly against what is wrong in our country — just as we did against apartheid — and hopefully contribute towards building a brighter and more promising future for all who live in this wonderful land of ours,” he said.