Want to give love a chance? Lasizwe recommends getting ‘medical aid and life cover’ 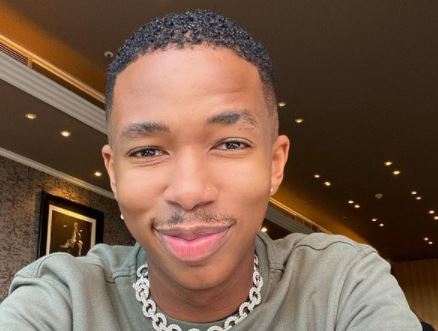 Lasizwe Dambuza has dished out relationship advice for fans who want to give love a chance and it is simple: “Have a medical aid  and life cover insurance.”

It is no secret the reality TV and YouTube star is nursing a broken heart after he recently ended things with his bae shortly after introducing him on Valentine's Day.

Some fans took his advice, with one suggesting “damaged soul cover” rather than a life cover. On a lighter note, one fan laughed him off and said heartbreak had turned him into “a motivational speaker”.

Another tried his luck with Lasizwe, saying: “I am the medical aid.”

I am the medical aid. https://t.co/Ep9uQYv4nw

Love was clearly on his mind as Lasizwe later announced self-love will be his potion until further notice.

“I have taken an executive decision to date myself,” he tweeted.

I’ve taken an executive decision to date myself.

Lasizwe posted loved up snaps on social media and announced his six-month relationship on Valentine’s Day. He told TshisaLIVE in an exclusive interview he was happy to finally meet someone who was not ashamed of him.

“I feel very happy. Love is beautiful. Me finally meeting someone who isn’t afraid to show how much he loves and adores me in public matters to me because love is not a one-way street but a two-way street and he’s this guy who is showing me  we’re in this together.

His honeymoon phase was short-lived and the star announced a break up just days after posting the snaps.

He told TshisaLIVE his bae was untruthful. He said he bumped into him in Braamfontein shortly after dropping him off at the airport to board a flight to Cape Town.

Lasizwe said he decided to open up about his ordeal to maintain a transparent relationship with his fans.

Forget about dating this year,find yourself,do you,go on trips,go shopping,enjoy life
You too young to be stressing about relationships.
A good guy will find you,love you like God loved this son❤❤❤❤❤

LISTEN | Lasizwe on love and not being invited to Somizi's wedding

"It's so crazy cause I wasn't invited."
Lifestyle
1 year ago
Next Article