More details about the discovery of Nelli Tembe's body emerge 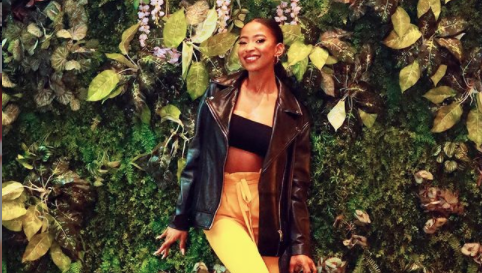 A security guard and paramedics have described the scene where AKA's fiancée, Anele 'Nelli' Tembe, fell to her death  from the 10th floor of the Pepperclub Hotel in Cape Town on Sunday.

The 22-year-old's death was confirmed by her family through a statement, saying they were shocked. While exact details surrounding Nelli's death have not been released, police have confirmed investigations into the incident were under way.

A security guard, who sent a voice note to TshisaLIVE and asked to remain anonymous, described the harrowing discovery.

“One woman jumped there by Pepperclub hotel,” the security guard said.

The guard added that Nelli was naked when he and paramedics arrived at the scene.

Musician said to be 'inconsolable', families to issue statements soon
News
1 year ago

Netcare 911 spokesperson Shawn Herbst said paramedics arrived on the scene and found a 22-year-old female who had allegedly jumped from the 10th floor, landing on the road below.

Herbst confirmed the woman was found naked by the first responders and that she was in a critical condition.

“When paramedics arrived on the scene, she had sustained polytraumatic injuries. She was in a critical condition and they started a full life-support resuscitation. Unfortunately, her injuries were too severe and she was declared deceased,” he said.

Other witnesses at the scene described to TshisaLIVE how they heard a scream, followed by a “loud doef” sound and then a man shouting.

AKA's and Nelli's families released a joint statement on Sunday expressing their shock at the death of the 22-year-old.

“We are still in shock and dealing with our emotions, as she was an exceptional and gifted young woman with so much life ahead of her,” the families said in a statement read.

They said AKA was surrounded by loved ones and was “inconsolable” after the incident.

The family of Anele “Nelli” Tembe and well-known musician Kiernan “AKA” Forbes have confirmed the death of the musician's girlfriend at the ...
News
1 year ago

The family of Anele “Nelli” Tembe and well-known musician Kiernan “AKA” Forbes have confirmed the death of the musician's girlfriend at the ...
News
1 year ago