‘Why can’t we have the lights on all the time?’: Steve Harvey’s ‘plans to buy in SA’ tripped up by load-shedding 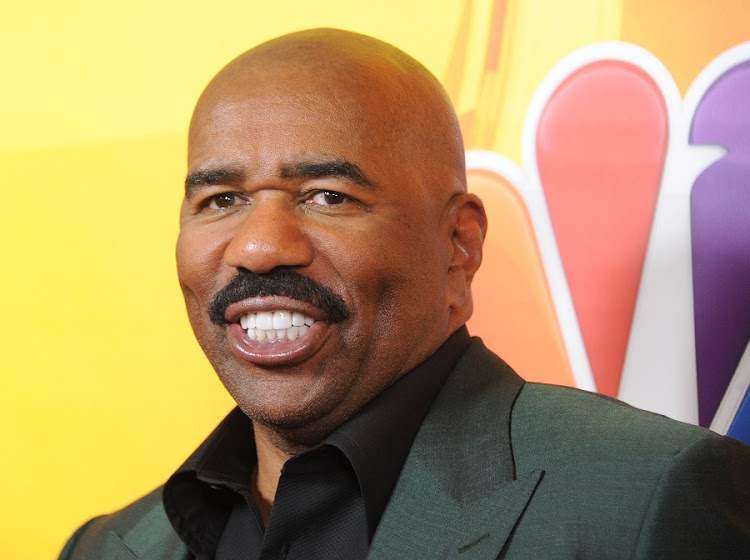 American comedian Steve Harvey wants to buy a home in SA but only if the lights stay on.
Image: Gregg DeGuire/WireImage

Eskom’s on and off load-shedding has not only managed to leave South Africans up in arms, but also US comedian and Family Feud presenter Steve Harvey.

Steve recently expressed his dismay about the embattled power utility’s load-shedding during an interview with journalist Devi Govender.

He revealed he would love to to buy a house in SA after the success of his popular quiz show in the country. However, he said the constant load-shedding might be the reason why he doesn’t.

“Dear Eskom, I’d love to purchase a house here but I would like to be able to walk in and have the lights on,” he said.

“Why, on a continent with the most natural resources than any other continent in the world, can’t we have the lights on all the time? They’re on in Ghana, Nigeria and Botswana. They also have the lights on in Rwanda, but we can’t have that in SA? I’m very disappointed in that,” he said.

I recently met @IAmSteveHarvey ... and he asked me to pass this special message on to you.

PS. You are seriously embarrassing us now. pic.twitter.com/uE4gX71LX8

Eskom is implementing load-shedding this week, with stage 1 from 5pm to 10pm on Tuesday and downgraded from stage 2 after generation capacity improved.

“Over the past 24 hours, Eskom teams have returned seven generation units to service. This has helped ease the supply constraints, and enabled Eskom to suspend load-shedding at this point. However, this is currently insufficient to fully supply the evening peak,” it said.

Eskom said should there be further deterioration in generation capacity, load-shedding may be necessary, most likely between 5pm-10pm during the winter period.

This is not the first time Steve has expressed dismay about load-shedding.

In an episode of Family Feud last year, he said the concept of load-shedding was “stupid”.

“That’s stupid. Who thought of that?” he asked.

“There is a lot of electricity. Rich people got together and got you thinking there isn’t enough but they are still charging you for it.”