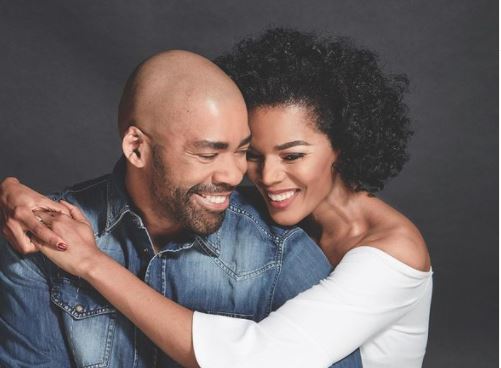 Exactly a month since actor and co-founder of Ferguson Films Shona Ferguson died, his widow and actress Connie Ferguson has reflected on his death and shared her feelings.

Taking to Instagram, Connie expressed that the death of her husband — who died on July 30 after succumbing to Covid-19 related complications — still felt surreal for her.

Even though she has been a proud Christian for most of her life, Connie has immersed herself in God's word since Shona died.

The actress accompanied her post with a scripture from the Bible that she revealed had taken on a new meaning since she lost the love of her life.

“My biggest struggle is I wake up in the morning and I still hope to see him,” Connie Ferguson said in her speech.
Lifestyle
5 months ago

The scripture from the book of Revelations reads:

“And I heard a loud voice from the throne saying, look! God’s dwelling place is now among the people, and He will dwell with them. They will be His people, and God Himself Will be with them and be their God. He will wipe every tear from their eyes. There will be no more death, or mourning or crying or pain, for the old order of things has passed away.”

Connie shared a reel with some of Shona's TV moments.

Taking to her Instagram, Shona and Connie's daughter Lesedi Matsunyane-Ferguson also wrote a brief but emotional message for her late father.

“Still feels as fresh as the moment we heard the news. It still doesn’t make any sense, Fah. I wish it did. But I know you’re with us. Your absence is deep. but your spiritual presence is felt deeper. I miss you. I love you,” she wrote.

On Sunday, Connie posted a throwback video in which she remembered how Shona used to make her laugh and how those memories are still keeping a smile on her face in his absence.