WATCH | ‘Grateful’ Bonang Matheba reflects: 2021 was good to me 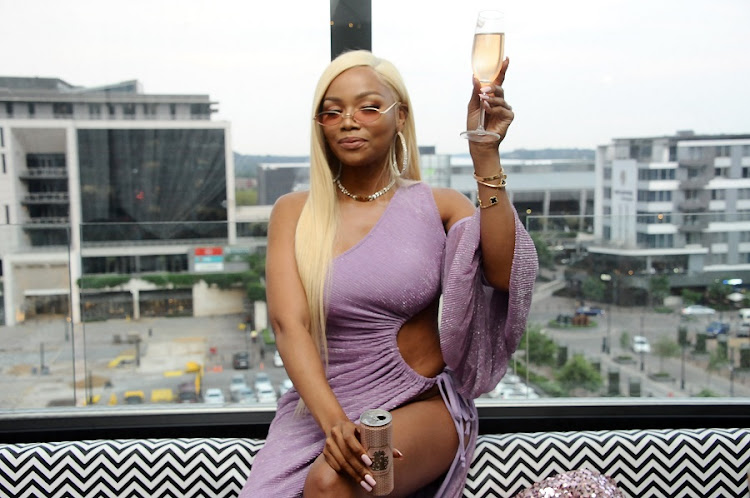 Bonang Matheba had a blast in the US in 2021.
Image: Gallo Images/Oupa Bopape

As 2021 draws to a close, media personality Bonang Matheba has reflected on the year that was and has expressed her gratitude, saying the year was good to her.

After being stopped in her tracks by a global pandemic, B finally executed her plan to move to the US to establish her brand in a land of dreams.

Bonang had previously shared she had aspirations to make her name known in America and that she was finally ready to go there and put in the work. However, Covid-19 hit and moghel was forced to temporarily abandon her travel plans.

Things got easier with time and the introduction of vaccinations, and B bought her plane ticket, got her visa and jetted off to New York earlier this year.

Bonang really ended the year off with a big bang!
Lifestyle
1 year ago

Taking to her Instagram to share highlights of the year, Bonang shared some of the moments she's grateful to God for.

Everything from exploring America to making new friends and looking fabulous while doing it.

“2021 was good to me! Grateful!” Bonang captioned one of the videos.

Take a look at the videos below:

On home ground. however, Bonang has had to fight a hard battle after she fired her celebrity management agency.

Sunday Times reported Bonang found herself embroiled in a multimillion-rand fight over her sparkling wine brand House of BNG, which her camp claimed she was muscled out of by her former agency.

The TV personality, who moved to New York in May, took to Twitter to give her fans a glimpse into her battle with agency and celebrity management group Celebrity Services Africa (CSA). She announced she had terminated her contract with CSA and had taken legal action against the global agency, saying she had “instructed my lawyers to investigate the possibility of criminal conduct by the company and its representatives”.

CSA Global hit back at  Bonang's accusations, dismissing them  as without merit and accusing her or telling half-truths about the situation.

In a statement sent to TshisaLIVE, CSA reiterated their earlier statement with regards to the matter.

“Per our statement issued, Ms Matheba is in breach of multiple contracts with some clients as she has been absent to these brands, and indeed her own, for the past six months. The matter is with our legal team, who are awaiting a response to letters sent to Ms Matheba's lawyer.

“We do hope an amicable solution can be found, where the value that has been created is not undermined or discredited. Nonetheless, we are sad there has been a parting of  ways. We look back with fond memories at the achievements we made together and wish Bonang every success.”

The matter is ongoing.