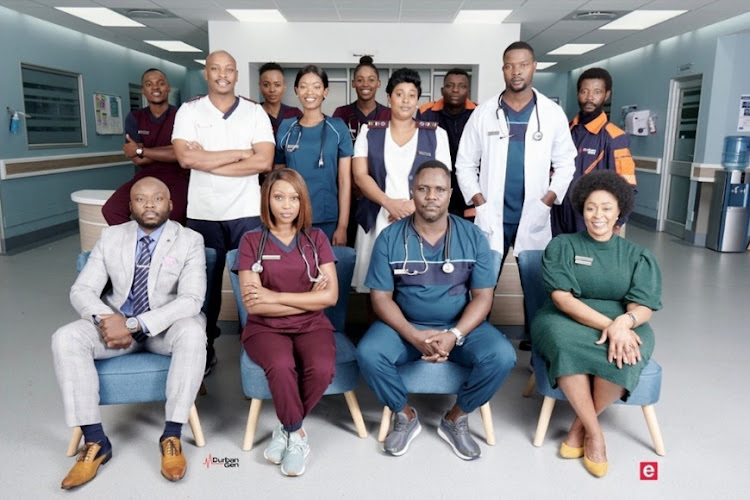 This year marks the end of the road for e.tv drama series Durban Gen.

A statement shared with TshisaLIVE on Monday by e.tv confirmed the hospital drama was coming to an end in January 2023.

Durban Gen first aired in October 2020 and has since attracted 2.7-million viewers.

“The decision to decommission the daily drama is part of a business strategy which includes the ongoing review of the on-air lifecycle of all our shows.

“e.tv continues to look forward to fulfilling its mandate of producing exceptional and relevant local content and the production has successfully achieved its part of the obligation throughout the past two years.”

Wedding bells and more drama ahead on ‘Scandal!’

Love is in the air on long-running e.tv soap Scandal! as Seipati, played by Nolo Seabi, and Lerumo Chabedi,  played by Howza Mosese, tie the knot ...
Lifestyle
6 months ago

The show's cancellation received mixed reactions on social media with many fans speculating that etv's removal of fan favourite Rhythm City and Backstage was the cause of the show coming to and end.

Some went as far as comparing the channel's new shows and questioning the storyline.

“I'm sure e.tv has now discovered their biggest mistake of cancelling Rhythm City. HOZ should be next,” wrote on Twitter user.

“It was bound to happen, the show had potential, but took a sharp curve and things went left fast ...” another wrote.

Read the other reactions below:

HOZ is nice thou😐

True...it's not really a medical telenovela. It had great potential.