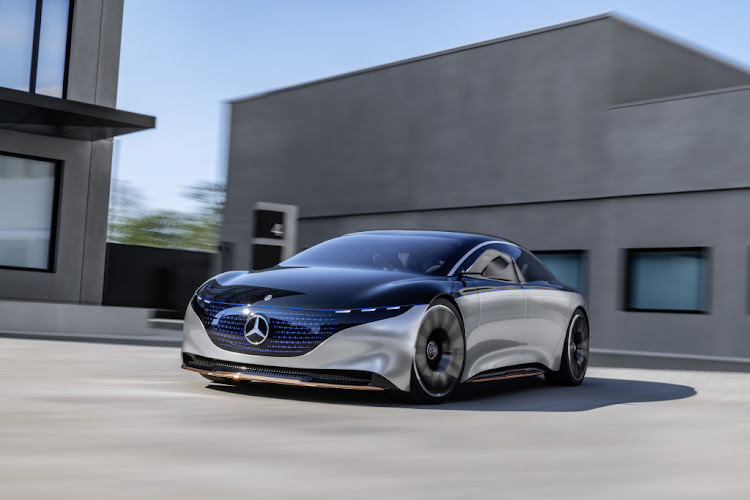 People who have never driven an electric vehicle (EV) might easily hold the view that AMG and battery-powered don’t belong together in the same sentence.

But those who have experienced the instant, lag-free acceleration of these high-powered silent missiles know better.

Which is why Mercedes’ high-performance division is working on an AMG version of the EQS electric luxury sedan that is due for launch in 2022.

According to unnamed Mercedes-Benz insiders quoted by Autocar, there will be a muscled-up version of the EQS that will have the same performance as the current petrol-powered S63 AMG, which wields 450kW and 900Nm.

The standard Vision EQS concept car, launched at September’s Frankfurt motor show, already has an impressive 350kW of power and about 760Nm of torque; good enough to sling it from 0-100km/h in about 4.5 seconds and onto a top speed beyond 200km/h.

Apart from the AMG derivative’s extra power, Autocar reported that it would also feature regenerative brakes developed using Formula One know-how, enabling them to recover much more energy than any existing system designed for road cars.

Due to the worsening Covid-19 pandemic, Mercedes-Benz South Africa Limited (MBSA) on Tuesday announced that it will gradually reduce manufacturing ...
News
1 year ago

Paired with a 100-kilowatt-hour battery, the regenerative brakes could help the car achieve a range of more than 500km. With a high-speed DC charger, the EQS AMG could be charged up to 80% in about 20 minutes.

The Vision EQS is a full-sized luxury car - the electric equivalent of the S-Class - and has electric motor on each axle to deliver all-wheel drive.

AMG isn’t new to superfast electric cars. Back in 2014 it created the Mercedes SLS AMG electric drive which, with 552kW, was the world’s most powerful EV at the time.

It isn’t the only carmaker making electrifyingly fast EVs. Rivals include the 560kW Porsche Taycan Turbo S, the soon-to-be-launched 434kW Audi E-Tron GT, and the upcoming Tesla Model S Plaid which is rumoured to have nearly 600kW.

Power is one thing, but what about the noise? As we head into an electric-powered car future, performance purists may lament the disappearance of emotively roaring petrol engines.