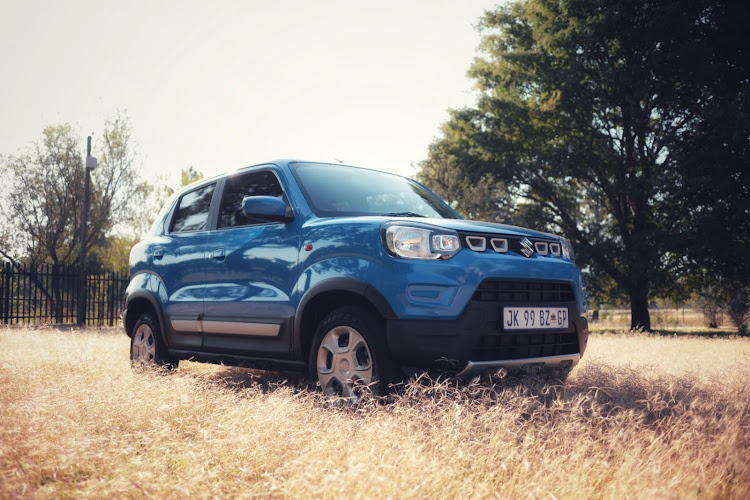 The S-Presso is well priced and capable. Pity it hasn't been crash tested yet.
Image: Thomas Falkiner

You can’t always get what you want. But if you try sometimes you might just find you get what you need. The Rolling Stones penned these lyrics back in 1968 and today, some 52 years after the fact, they’re probably more salient than ever before.

I mean there’s no sugar-coating the fact that the Covid-19 pandemic has hit us regular, everyday people hard. From salary cuts to staff furloughs to full-on retrenchments — not to mention drastic changes to global financial markets — our wallets have been left reeling.

If anything this virus has been a grim reminder that life as we know it can change overnight and that money in the bank is something we should never ever take for granted (liquidity > material status). This explains why we have seen a growing trend of people buying down, working towards ridding themselves of unnecessary expenses and generally trying to do the same — or more — for less. Kind of similar to what Jagger and Richards were alluding to; luxury often has to play second fiddle to necessity.

All of which provides a nice segue to the subject of this car review. Built on a shoestring by the Japanese firm’s Indian division, Maruti Suzuki, the new Suzuki S-Presso is currently (in its most basic form) the cheapest new vehicle available on the SA market.

The model you see here, however, is the flagship S-Edition that comes wrapped in lots of black plastic body cladding for that pseudo SUV look so in vogue at the moment. It also benefits from faux-aluminium roof rails as well as a slightly more ‘bling’ (is that even still a word in 2020?) radiator grille. You might pass this off as unnecessary flim-flam but in actual fact it lends the S-Presso a far more purposeful stance. Considering the R13,000 price premium it commands I think shelling out extra for the S-Edition is a no-brainer. 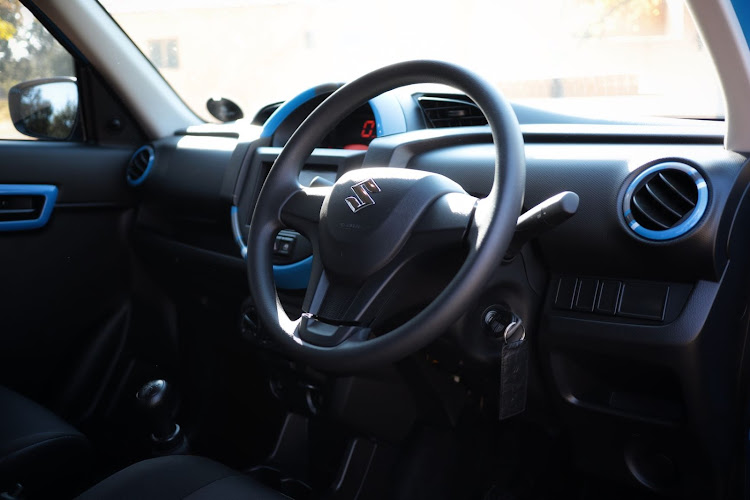 Interior is well equipped and aesthetically pleasing. A tachometer would be nice though.
Image: Thomas Falkiner

Its effects are felt on the inside too: silver cosmetic garnish has been applied to the air vents, centre console and door pockets in an attempt to try to lift the cabin ambience a bit. There’s also a decent seven-inch touchscreen infotainment system that, via the standard USB port, offers Apple CarPlay integration for easy access to music, podcasts and Waze navigation. Operation can be a bit fiddly at times — there are no satellite controls on the steering wheel — but on the whole it works swimmingly and is even linked to a rear parking camera.

Annoyingly Suzuki has omitted a tachometer but you do get a digital speedometer mounted smack in the middle of that centre-mounted and unashamedly MINI-esque instrument cluster. Air conditioning and a 12-volt power socket both come standard as do electric front windows. You still have to adjust your side mirrors manually though via little plastic stalks. You know, like we all did back in the 1980s.

Now despite life being fairly basic inside the S-Presso I’ve got to say that general build quality is pretty darn good considering the price point. The hard and crispy plastics might not be all that great to touch but they seem sturdy and well put together. In a week of much driving over many different road surfaces (from city asphalt to badly corrugated dirt roads) I heard not a single squeak or rattle. The seats were comfortable and the driving position just about good enough for my lanky 1.88-metre frame. Again, for what this car costs I think Suzuki has done an admirable job in terms of cabin presentation.

So what is it like to drive? While no fireball, the little three-cylinder petrol engine hustles the S-Presso along with a surprising amount of gusto thanks to the car’s feathery kerb weight. It’s an immensely tractable unit with a lot of lowdown torque, which makes it perfectly suited to our cut and thrust city driving conditions. It’s mated to a five-speed manual gearbox that has a pleasantly slick action — I found it a joy to use.

While this wee S-Presso was built mainly for urban commuting it’s certainly capable of the occasional highway jaunt just so long as you readjust your expectations. I found that it cruises happily between 120km/h and 130km/h: venture beyond that point and it starts to feel and sound rather frantic thanks to a combination of short gearing and decidedly average levels of NVH insulation. Those skinny 165/70 R14 tyres also feel less and less stable the quicker you go. However having said this I’ve got to say that this Suzuki deals better with open road driving than the Renault Kwid or Datsun Go. Fuel economy is stellar too — over a week of hugely mixed driving I averaged a miserly 5.81l/100km. 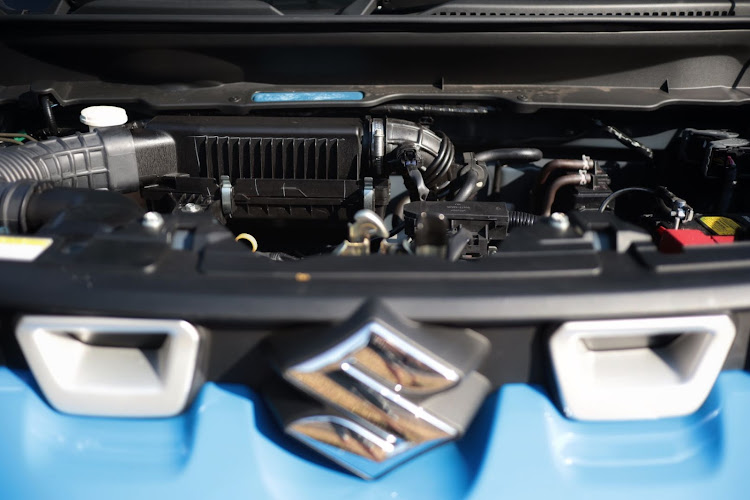 Ride quality is excellent for a car of this class and the S-Presso rolls over our crappy Johannesburg roads without flinching. Even corrugated dirt roads were shrugged off with little protest. The body also feels pleasantly rigid, displaying none of the annoying flex that usually mars vehicles built to such a budget.

Handling can best be described as average at slower speeds but attack a string of corners at higher velocities and the S-Presso quickly starts to feel vague and flustered. This is aggravated by its lofty 180mm ride height, numb steering and hard-wearing MRF ZVTV EcoTred tyres. But to be honest, if you are considering buying an S-Presso then handling is hardly going to be at the top of your priority list.

In the end I’ve got to tell you that I really enjoyed my time in this bargain-basement Suzuki. What I thought was going to be a lesser clone of the terrible Kwid/Go twins proved to be a perky, comfortable and well-constructed entry point to modern-day motoring. Topped off with tidy road manners, one has to commend Suzuki on building something this capable for so little money.

Unfortunately there is one rather sizeable elephant in the room and that’s the absence of a Global NCAP rating. Suzuki is yet to crash test the S-Presso so we have no idea how it will fair in an accident. Most of its rivals have performed dismally in this respect so the pessimist in me doesn’t hold up much hope. Though factoring in the decent level of standard safety equipment — dual front airbags plus ABS brakes with EBD — as well as that taught body shell, maybe we will be pleasantly surprised by the results when and if they come.

The Suzuki S-Presso might not be an aspirational purchase and you won’t catch yourself admiring its reflection in shop frontages as you navigate your way through the city. Its appeal, then, lies in the way it gets you from A to B effectively and efficiently. It’s function over form motoring at its best and in tough times such as these that’s what so many of us are looking for. Further sweetened by a five-year/200,000km warranty, two-year/30,000km service plan and one full year of free insurance, this newcomer is hard to ignore.

Especially when parked next to its rivals. 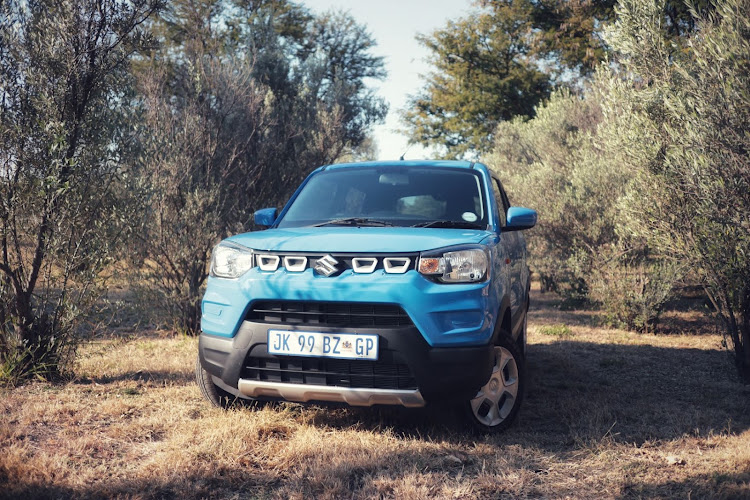