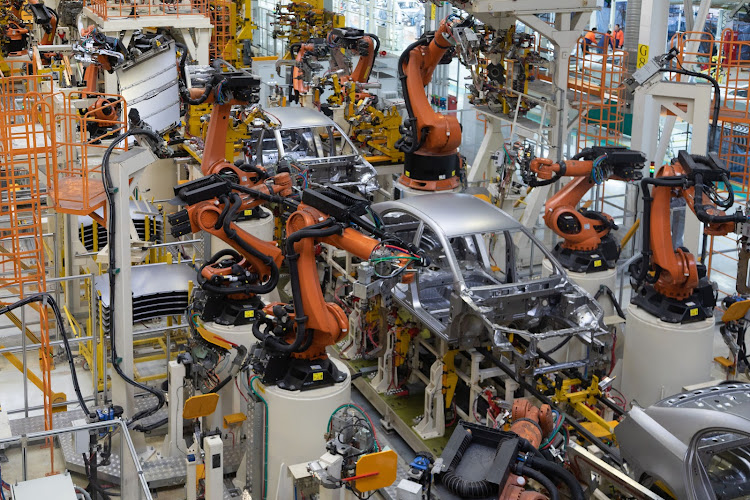 The effects of the Covid-19 pandemic and global semiconductor shortage are forcing car makers and parts suppliers to be more resilient.
Image: traimak / 123rf

After a year of getting hammered by the pandemic, a semiconductor shortage and storms that snarled Dana Inc's global supply chain, the auto parts maker is reaching for a new playbook.

Many automakers and suppliers like the Ohio maker of axles, driveshafts and other auto parts, are deciding that securing their supply lines is the most pressing order of business.

Dana's Craig Price, senior vice-president of purchasing and supplier development, is pushing companies in his supply network to change the way they do business, stepping away at times from the just-in-time, lean production practices that have guided automotive manufacturers for nearly 40 years.

Dana is sourcing such key commodities as resin, castings, forgings and some electrical components from multiple suppliers, asking suppliers to hold in warehouses a backlog of critical inventory, and building out its software network to better track suppliers, a process Dana hopes to complete this year, Price said.

That cuts against the just-in-time inventory and production approach manufacturers have adopted from Japan's Toyota Motor Corp since the 1980s. The new catchword in manufacturing is “resiliency,” underscored by Toyota's February revelation it had built a four-month chip stockpile.

Land Rover’s vehicles have established a very down-to-earth image with their off-roading abilities, but the brand has recently become involved in ...
Lifestyle
1 month ago

Dana has also moved to help its smaller suppliers recruit workers and secure shipping space on containers to avoid any impact on its operations, Price said.

And in the company's headquarters outside Toledo, Price is working on suppliers to join a data sharing network that will give Dana a detailed look at how suppliers two or three steps removed are doing — rather than just counting on shipments to show up as provided in a contract.

“We are working towards complete supply-chain transparency, which is not typically available at the moment,” he told Reuters of the plans at the $7bn company. “It's a journey that we're on to get as much data as we can, not for any other reason than just security of supply.”

Efforts like Dana's are under way throughout an industry buffeted by a series of unexpected events. The chip shortage is a high-profile problem, but not the only one.

“The whole issue is exposing the brittleness, the fragility of the automotive supply chain,” said Richard Barnett, chief marketing officer of Supplyframe, which provides market intelligence to companies across the global electronics sectors.

Audi SA has dropped early Easter treats in the shape of the new RS Q3 and RS Q3 Sportback, two high-performance SUVs that can easily cling to the ...
Lifestyle
1 month ago

BorgWarner CEO Frederic Lissalde told Reuters companies are looking at the total cost of any approach instead of simply its upfront price tag.

“We're trying to dual-source whenever possible critical components,” he said.

David Simchi-Levi, a professor of engineering systems at the Massachusetts Institute of Technology, who has worked with companies like Ford Motor Co on strengthening supply chains, said interest has exploded in the last year. “Resiliency is here to stay.”

The math is simple. Such approaches may cost more upfront, but they are likely to pay for themselves if they help companies avoid the charges of up to $2bn (roughly R29.5bn) and $2.5bn (roughly R36.8bn) faced by General Motors Co and Ford, respectively, for the chip shortage.

Ford's chief product platform and operations officer, Hau Thai-Tang, said the No. 2 US automaker previously altered its approach, but the past year has accelerated the change further. Stockpiling key parts or materials, and using multiple sources are back on the table.

“If you're down for 30 days at the F-150 plant, what's the cost to the Ford Motor Co versus paying this insurance to stockpile these chips?” he said, referring to the company's highly profitable full-size pickup truck. “That's the way we would think through it.”

Even so, Ford has had to halt F-150 production temporarily at times, and is stockpiling trucks that are missing parts.

Ford is looking at what other parts or materials could face the same pressures in the future, and has already started buying some specialised microchips directly from chipmakers rather than going through its largest suppliers, Thai-Tang said. Ford also is providing a six-month vehicle mix and volume forecast to suppliers instead of just two weeks, and looking at extending that visibility out to a year.

The first time we drove the 340km/h Porsche GT2 RS in 2018 we had to tiptoe it through a rainstorm in the Western Cape. Well, not exactly tiptoe
Lifestyle
1 month ago

Automakers cannot afford to abandon the just-in-time system's down-to-the-penny cost consciousness in a business where profit margins are often less than 10 cents on a dollar of revenue.

“The solution cannot be more waste,” said Ramzi Hermiz, a former supplier CEO who advises companies. “The objective needs to be how do we build more simplicity, flexibility and speed in the supply chain.”

Answers could include the establishment of more suppliers closer to their final customers, including bringing back work from China and other parts of Asia, and greater use of standardised parts and systems where possible to allow for more supplier options, industry executives said.

Bob Roth, co-owner of RoMan Manufacturing, which makes transformers and glass moulding equipment in Grand Rapids, Michigan, said the resiliency conversations have accelerated over the past year. However, the answer cannot be simply to shift the burden to smaller suppliers like his $40m company (roughly R589.2m).

“We're not going to tie up our working capital just because you think building inventory or stockpiling stuff is a great idea,” he said.

The answer for many companies will be stress-testing their supply chains to find weaknesses much as banks did after the 2008 sub-prime crisis, said Tim Thoppil, a partner and head of consulting for the Americas at engineering firm umlaut. Raw materials and parts for electric batteries and motors could be the next crisis spot.

Unexpected events like the pandemic and chip shortage are just a sign of the times, said Steven Merkt, president of transportation solutions at TE Connectivity, which makes sensors, connectors and electrical components for automakers.

“This isn't a series of black-swan events,” Merkt said. “This is a precursor of what life is going to be like.”