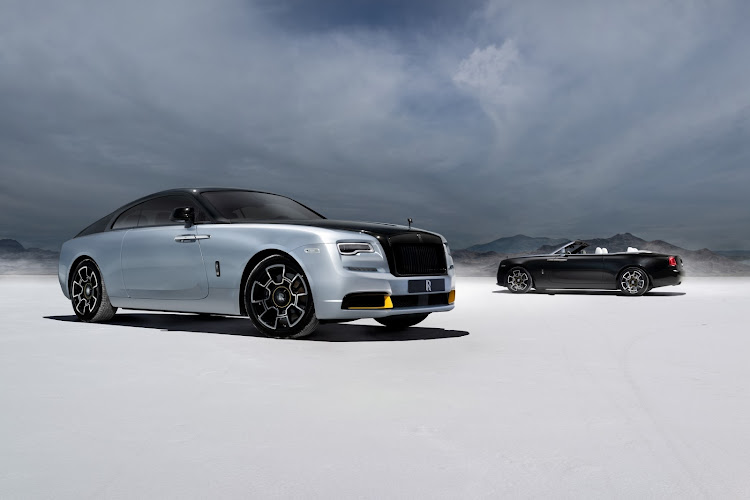 Rolls-Royce may be more associated with emperor-level luxury than its alter-ego as a provider of big power engines to the aircraft industry. The marque is also in the land-speed archives.

In 1937 and 1938, Eyston used Thunderbolt, powered by a pair of 37l V12 aircraft engines, each producing well over 2000hp (1,491kW). The heavy projectile was also fitted with three axles and a massive triangular tail fin to help it achieve 575.33km/h at the 16km Bonneville Salt Flats in the US, making Eyston and Thunderbolt the fastest man-and-machine combo on land at the time.

When a Rolls-Royce Phantom or Cullinan is just too common, you go to the luxury carmaker’s Coachbuild division and order something like this ...
Lifestyle
1 month ago

Just 19 of these engines were made and those specifically used in Thunderbolt had also done duty in the Schneider Supermarine S6.B seaplane, which provided the blueprint for the legendary Spitfire. Thunderbolt’s engines are preserved at the Royal Air Force Museum in London but the car was lost in a fire.

In true Rolls-Royce fashion, the tribute is in the details. The subtly perforated dark detail in the upper-centre of the steering wheel, which continues through the centre of the driver’s seat, recalls the dark lines painted for Eyston to hold Thunderbolt in a straight line. The tiny fissures of the salt surface are evoked using a special wooden veneer on the fascia and console lids. Additionally, the Dawn edition has an outline of the Silver Island mountains that surround the Bonneville flats engraved between the rear seats.

“Bonneville” is engraved on the housing of the dashboard clock in both models, which are easily identified thanks to a specially created two-tone paint finish — Black Diamond Metallic and a bespoke Bonneville Blue.

An unpainted Thunderbolt meant photoelectric timing equipment wasn’t to detect the polished aluminium body against the white Salt Flats’ surface. Eyston’s solution was to paint a large black arrow with a yellow circle on the flanks. Bright-yellow accents and instrument dials with yellow and black-tipped details doff a hat to this, as do two-tone yellow-and-black bumper inserts. 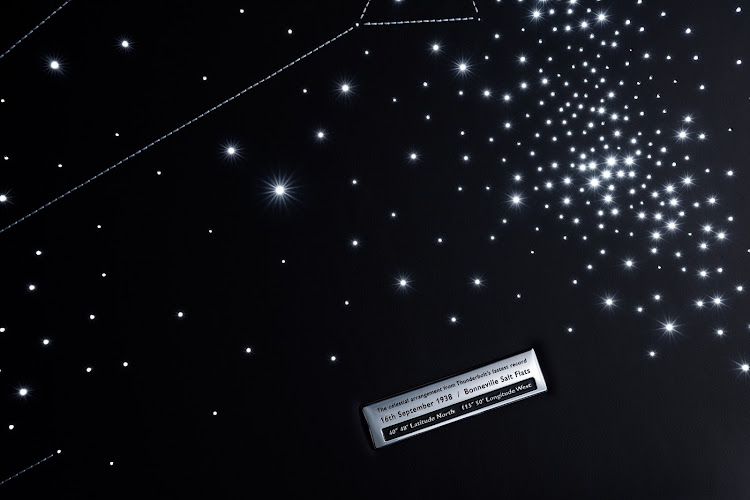 This is how the stars were aligned on the night of September 16 1938, the day Rolls-Royce broke a speed record, as depicted by 2,117 fibre-optic stars inside the Wraith Landspeed.
Image: SUPPLIED

The now-familiar Rolls-Royce Starlight Headliner uses 2,117 individually placed fibre-optic “stars” to recreate the sky over the flats on the date Eyston set the record — September 16, 1937.

“Rolls-Royce has been synonymous with adventure, daring and pushing boundaries throughout its history,” CEO Torsten Müller-Ötvös, said.

“We are delighted that with the Landspeed Collection, we can add another hitherto unsung hero to the illustrious roll call of pioneers associated with our great marque. These cars are a fitting and long overdue tribute to a truly inspiring character.”

Daytona, the official Rolls-Royce distributor in South Africa, says it has no plans to offer the units, but said one or two of its discerning clients may place special orders.