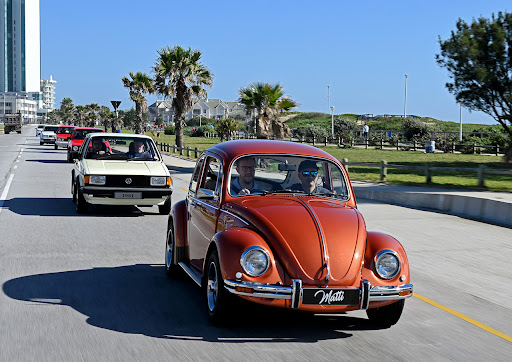 Global automakers with local manufacturing operations are woven tighter into the national social and economic fabric than their counterparts.

Investment in the economy, job creation and the uplifting of communities in which they operate: the impact goes far beyond production and sales of cars.

Volkswagen is among the companies that can lay claim to such an inextricable and unique relationship with our country. This year marked the 70th anniversary of its official presence on local soil. August 31, 1951 was the auspicious date on which the first Beetle rolled off the production line at the Kariega (formerly Uitenhage) plant in Eastern Cape.

But the story actually began in 1946, with the formation of the South African Motor Assemblers and Distributors (SAMAD); precursor to the company that became Volkswagen South Africa, which started its operations building Studebaker and Austin models. Last weekend we paid a visit to the national home of the German brand, for a nostalgic trip that included interactions with time-capsule examples of popular models, concept vehicles that never saw production and a sneak peek at future metal. Let’s take a drive down memory lane. 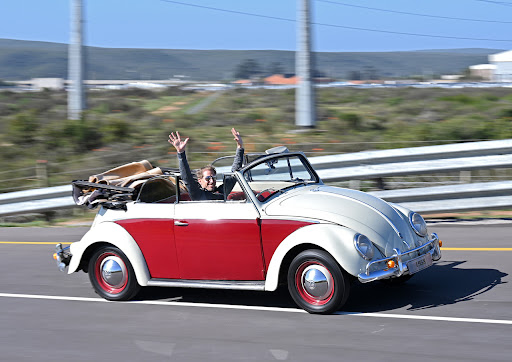 At the beginning of 1959, the 25,000th Volkswagen model rolled off the production line responsible for two ranges. That was the Beetle, of course, in addition to the Type 2 in its various formats. In 1963 the Type 3 sedan, estate and fastback models were introduced, as was the 411 and 412 of the Type 4 family. It was also in this decade that Audi joined the fray, with the production of the Super 90. 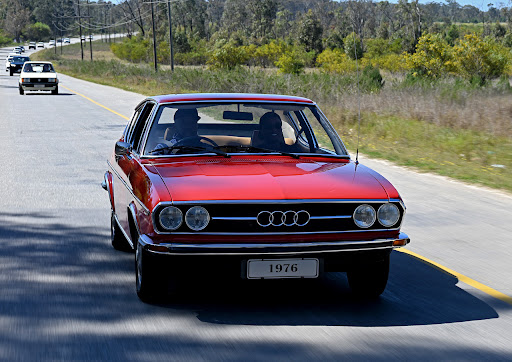 The 1970s would see the debut of a nameplate that endures to this very day. But before we get to that, take a moment to remember the Passat, launched in 1974. Things on the Audi front were also cooking, with the 1972 100 coupé, boasting a glamorous wedge-shaped silhouette. In 1978 the Golf came on the scene, replacing the Beetle as the staple offering, when its run came to an end in 1979. Only a year after its release, Golf tallied an impressive 30,000-unit milestone, while the Passat reached 60,000. 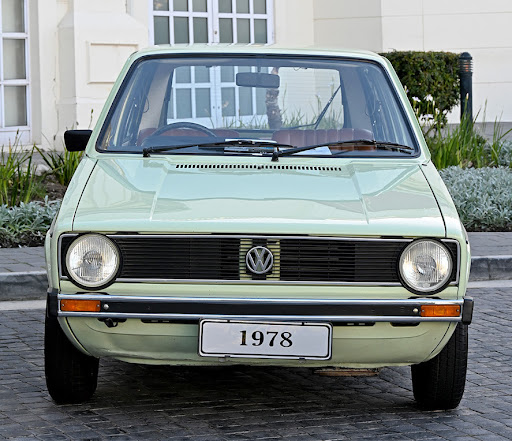 The Golf and its various iterations (especially the GTI) proved a massive success for Volkswagen in the local market.
Image: Colin Mileman and Volkswagen Archives

In November 1982, Volkswagen branded its popular hatchback with three letters that went on to become an institution. Even though GTi was not used by the automaker first, most will agree that it is best synonymous with the Golf. At the start of the decade the market saw the arrival of the Jetta, effectively a Golf with a tail. The company invested heavily in preparation for the second-generation Golf, spending to the tune of R200m! But as the model grew in size and price, what would fill the inevitable gap below it? Enter the Citi Golf of 1984. Two years later Volkswagen celebrated the millionth vehicle to leave the South African plant. 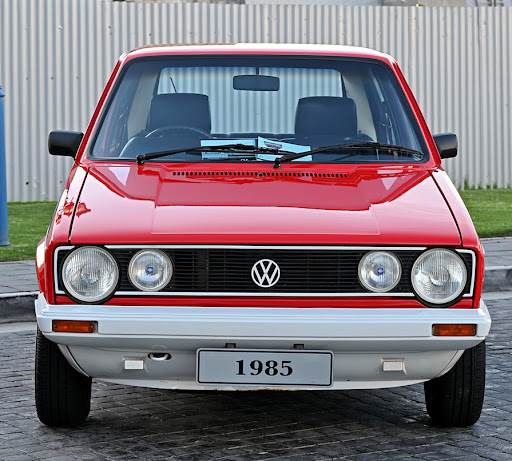 The much-loved Citi Golf was on sale for three decades.
Image: Colin Mileman and Volkswagen Archives

In 1992 Audi’s S4 Quattro was the first four-wheel drive sedan to be locally assembled. Also in that year, the company invested R252m in its factory, while the third-generation Golf and Jetta joined the market in November. Add famed acronyms like VR6 into the mix. In 1995, a year after our country hosted its first-ever democratic elections, Audi introduced the A4 (B5); an offering that would greatly improve its fortunes in the battle with BMW and Mercedes-Benz, which also built the 3-Series and C-Class competitors locally. Bridging the gap between Citi Golf and the Golf and Jetta duo was the Polo, launched in 1996 as a sedan. The hatchback Playa joined in 1998. The fourth-generation Golf and Jetta launched in 1999.

From April 2001 Audi ceased local manufacture of the A4, with all models being fully imported from this point. Two years later Volkswagen commemorated its two-millionth unit. December 2008 saw production of the last locally-made Golf in Kariega, a red GTI. At the end of the decade, the last Citi Golf left the plant, with a final production run of 517,384 units, a figure that includes the original first-generation Golf. 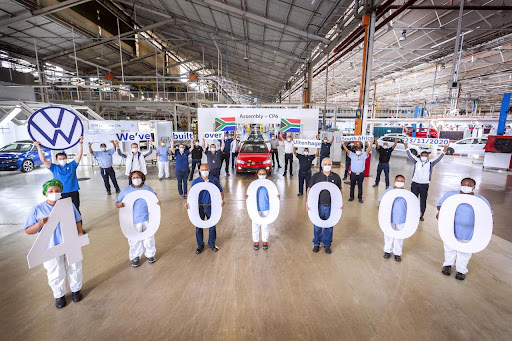 As South Africa hosted the 2010 FIFA World Cup, the successor to the Citi Golf, the Polo Vivo, was launched. Production of the fifth-generation Polo also commenced, for domestic and international markets. In 2015 the 500,000th Polo left the plant, destined for a customer in Austria. Expansion into the continent was also on the priority list when, in 2016, a Kenyan facility was inaugurated. Volkswagen global CEO Herbert Diess was there to start proceedings. The sixth-generation Polo was launched in 2018, after a R6.1m investment. It was also the year that the second-generation Polo Vivo joined the market. Its predecessor recorded total sales of 193,343 units. The brand ended off the decade on a high note, reaching the highest production volume in its history, at 161,954 vehicles.

Although the disruption of the global Covid-19 pandemic made business in all sectors a challenge, the firm ended 2020 with a market share of 21.6% which was purported to be the highest in its history. The firm also played a part in relief efforts, providing protective equipment to frontline workers, converting one of its plants into a field hospital and investing in upgrades to the National Health Laboratory Service testing facility in Gqeberha. This year the brand released the eighth-generation Golf GTI and updated Tiguan. In November last year it celebrated four million units produced by the Kariega factory. 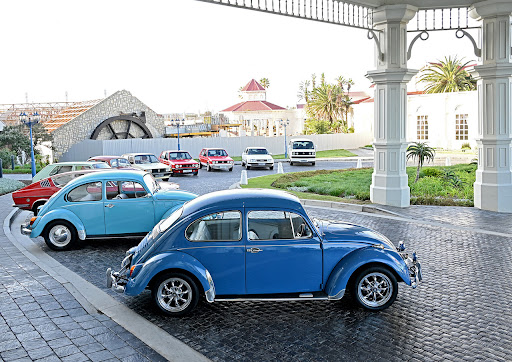 The impressive lineup of classic Volkswagen and Audi models the author got to experience.
Image: Colin Mileman and Volkswagen Archives

For the occasion, the company rounded-up its fleet of heritage models. We had an opportunity to experience most of the Kariega-built legends. Our day started off with a 1975 Beetle 1500, pale blue in colour and with an unmolested brown vinyl interior. Its heavy but direct steering, firm pedals and buzzing boxer motor made for a charming introduction to the realm of air-cooled Volkswagen models.

And certainly, the car was far more enjoyable to drive than the 1958 cabriolet on offer that day, which lacked side mirrors and had a tendency to wander all over the place, with its skinny tyres and not-so-rigid structure. A turn in the 1978 Golf left a positive impression, with an interior that was ergonomically superior to the Beetle and a layout that was, for its time, quite modern. You even got a tachometer. But for charisma, the Audi 100 coupé S was a true winner. Boasting power-assisted steering, a four-speed manual with short throws and a supple suspension, it seemed like a car that begged to be finessed down the freeway on a gentle long-distance jaunt.

The 1982 Golf GTi, on the other hand, begged to be thrashed. The 1.8-litre motor was expectedly spicy, with a suspension setup that kept the car planted over the faster sections of the private test track we were let loose on. It was a short taste of what the hot hatchback genesis had to offer. One that left us in no mystery as to why it earned such a storied reputation. To get the heart rate back down, we hopped into a beige 1981 Jetta with a lovely velour upholstery and a three-speed automatic. It swapped cogs far more agreeably than we thought it would have. And at highway speeds it was remarkably hushed and composed for something that is four decades old. 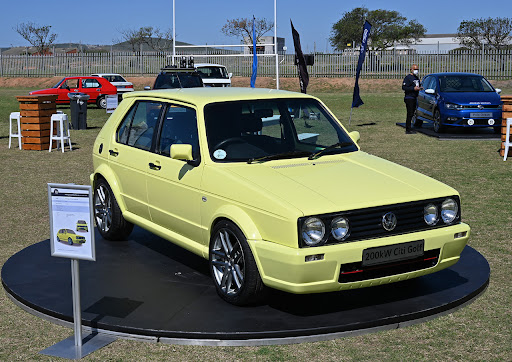 This one-of-a-kind 200kW Citi Golf demonstrated what the platform was capable of.
Image: Colin Mileman and Volkswagen Archives

What could have been

An exclusive look at classic concepts cars was also part of our agenda. There is arguably none that gets ardent enthusiasts speculating more than the 1021, a Beetle-based sport-utility vehicle spawned before the segment had even been officially invented. If it had entered production and was successful, the contemporary Volkswagen portfolio might have ended up differently. A lurid lime green Citi Golf sitting on wide rubber, sporting a pumped-up body-kit, was unlikely to ever see series manufacture. A one-off project with a motor packing in excess of 200kW, it affirmed a popular adage: no matter what you drive, chances are there is a Golf out there with more power. There was also the Polo Vivo Dune concept, an angry-looking orange thing built for a mini apocalypse of sorts, replete with a roof rack, jerry cans, as well as a snorkel. 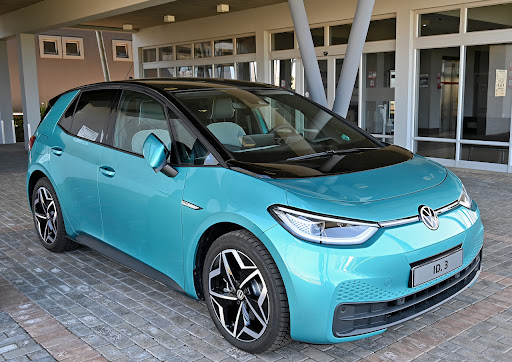 The all-electric ID.3 that could well be launched locally in the near future.
Image: Colin Mileman and Volkswagen Archives

Taste of the future

It was obviously not by chance that an example of the ID.3 had been brought out for us to have a look at. This is the brand’s first series production electric vehicle, which debuted at the Frankfurt motor show in 2019. Volkswagen confirmed that it will be bringing the ID.4 crossover to our market and at present, its E-Golf trial vehicle continues to do the rounds, gauging feedback and exposing would-be buyers to the merits of complete electric mobility. Audi wants to launch its E-Tron range in 2022. But the big, game-changing move lies in a product that makes the technology accessible to the mass-market – to the people. Electrification is undoubtedly going to be a big part of the next chapter in the Volkswagen’s story.