Mercedes say ‘porpoising’ modification will not be raced 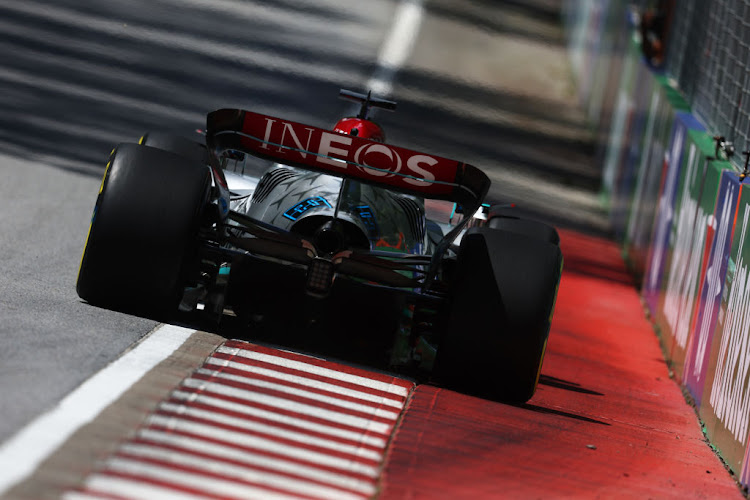 George Russell on track during practice ahead of the F1 Grand Prix of Canada at Circuit Gilles Villeneuve on June 17, 2022 in Montreal, Quebec.
Image: CLIVE ROSE/ GETTY IMAGES

Mercedes said a makeshift modification to address their car's 'porpoising' problem was not effective and would not be used in Sunday's Canadian Grand Prix.

Rivals had questioned the struggling champions' use of a second stiffening stay to the floor of their car, with Alpine team boss Otmar Szafnauer suggesting it could even be protested after the race.

They asked how Mercedes had been able to produce the part so quickly when the governing FIA had sent out only on Thursday a technical directive aimed at reducing for safety reasons the bouncing phenomenon.

We made something in the field as best we could, in response to the TD, but it’s not effective and won’t stay on the cars

“We made something in the field as best we could, in response to the TD, but it’s not effective and won’t stay on the cars,” a Mercedes spokesperson told Reuters when asked about the second stay.

Seven-time world champion Lewis Hamilton said after practice on Friday, when he ran a different set-up to team mate George Russell, that his Mercedes was “a disaster” and the car was getting worse.

“We tried a new floor on my car this morning which didn't really work and it seems a lot of things we try on this car struggle to work,” he said then.

“Whatever we do on this car to improve it just makes it more unhappy but we have to keep working, it is what it is. One touch of the kerbs here and the car goes flying, it's so stiff and here in Montreal, you really need to ride the kerbs.

“It's not the Montreal that I'm used to and that I've driven throughout my career, it's the worst I've felt any car here,” he added.

“You are putting on a momentous fight just to keep it out of the wall, you're catching a car that's jumping, it definitely keeps you on edge — we raised the car but it didn't make any real difference.”

Hamilton has won a record-equalling seven times in Montreal but was only 13th in Friday's second practice.