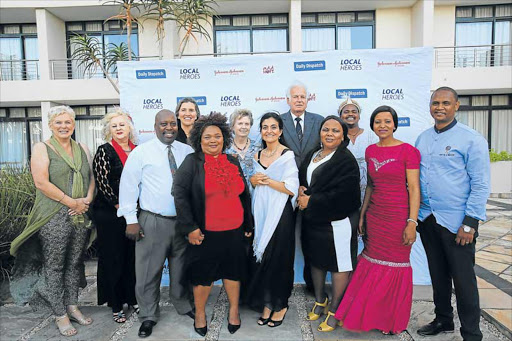 More than 400 people – including local business people and politicians – came together to honour and praise those making a difference.

“My husband and I have been treated like royalty at the centre, being pampered and all, it has been amazing! I feel extremely blessed to think that all our efforts have been recognised and are paying off in such an extra-special way.”

The top 12 local heroes and their partners were yesterday treated to a pampering session at Emerald Spa at the conference centre before a buffet lunch ahead of the glitzy ceremony.

King William’s Town’s Busisiwe Papiyana, who helps reunite homeless people with their families, was also excited about being among the top 12.

“It’s so exciting to be rubbing shoulders with wonderful people who are doing big things in their respective communities. Thanks to everyone who went all out to make us feel so special.” — mbalit@dispatch.co.za