Social page channels to the needy 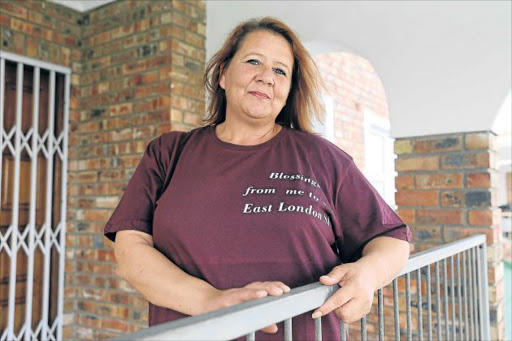 ON A MISSION: Louise Torr is an angelic figure to many. Through her Facebook group Blessings from Me to You, she helps needy families in East London. Torr selflessly meets the needs of anyone who comes to her doorstep Picture: SIBONGILE NGALWA
Facebook has become an interface for families helping other families in Buffalo City.

Louise Torr, 47, is behind a project which sees 2000 members sharing resources with families who have less than they do.

Torr walked away from her job after more than 20 years to fulfil her dream of making a difference in the lives of families in her hometown.

Being an avid social media user, she decided to go about it differently and opened a Facebook group called Blessings from Me to You, starting out with 120 members sharing the plight of those who approached her.

Today, a year later, her 2000-strong membership sees that she gets to help families from East London to Berlin every day.

“I opened that group because I got tired of witnessing all the poverty in East London, people begging and needing stuff. I couldn’t stand by and watch any more, so I decided to do something about it. Those in need send me private messages on the side, and I post it on the group. It doesn’t matter how big or small it is, I will provide for it. Nobody knows who asks for what. Everything is facilitated through me.”

Through the help of her Facebook page members, she supplies families with vegetables, rice, mielie meal, sugar, tea, soup and other basic necessities for the families.

“This is possible thanks to my awesome members who support me. They buy the food and donate money, and I post everything I buy on the group so that they can see what I provide for the community.”

She said she believes in visiting the homes of those who approach her to help assess their living conditions and build relations with them.

“I believe in helping families until they’re able to get back on their feet. I even try to expose them to possible job openings so that they are able to provide for themselves.”

Torr partnered with the organisation Rags to Riches to donate matric gowns to matriculants who don’t have a dress for their farewell dance.

Torr works with her husband, Llewelyn, 46, who is in Berlin, and reaches out to families there.

Describing her journey, she said: “It’s equally hard and exciting. We see bad things. People are suffering out there.

“But one thing that gives me the greatest joy is when little kids see me coming and they shout ‘Ouma is coming!’

“What we’ve accomplished inspires me. I see what we’ve achieved and it’s hard to give that up. There’s so much more that can still be done.”

She wants to be remembered for her impact on people’s lives. “I don’t just want to be known as the lady who was good to people, but as one who uplifted and strengthened the community.”

Torr would love to buy a property and turn it into a shelter for needy people who will live with her until they can forge their own way in life.

lTo donate, visit Facebook’s Blessings from Me to You. — nonsindisoq@dispatch.co.za