His hearing loss moved him to be the miracle for others 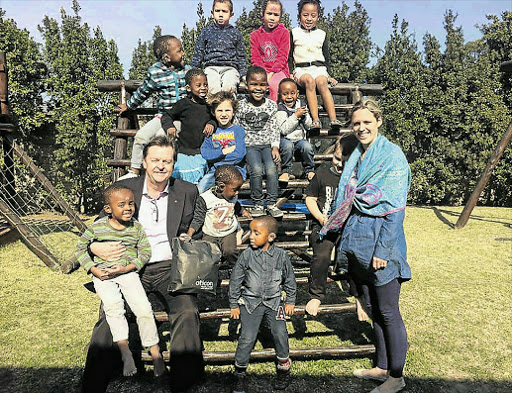 McKay, 51, established the Let’s Hear Foundation after he lost hearing in one ear eight years ago, following surgery associated with the rare inner ear disease which affects balance.

“For four or five years I had no hearing in my left ear,” he said.

An expensive cochlear implant corrected this, while a hearing aid in his right ear further restored his hearing.

“I wanted to help people who don’t have the funds because a hearing aid costs an average of R15000, so I started a foundation with an audiologist and an attorney.

“If someone approaches us, the audiologist examines them, sends us their audiogram and suggests the correct hearing aid. Then we give him one to install.”

The Let’s Hear Foundation helps people all over South Africa.

“I have just sent a set of refurbished hearing aids to a 10-year-old child in Cape Town who had bilateral hearing loss and am waiting to hear how successful this will be.”

Earlier this month, it was the pre-school children of the Carel du Toit Centre who were the recipients of 40 pairs of refurbished hearing aids, to the delight of principal Paula Kumm.

McKay said: “When the children’s hearing aids go in for repair, they are left with no hearing aids for one or two months and when there is nothing to hear with, the hearing starts to deteriorate, so these will bridge a gap until their hearing aids are returned.”

He said second-hand hearing aids were sourced from burial companies and from people who donated their second-hand devices, which are then professionally refurbished.

Because McKay is the president of 41 Club International (Round Table members aged over 40), he has well-established networks all over the world and is reaching out to them to help fund cochlear implants, which can cost up to R350000.

“Already Switzerland and Germany have collected hearing aids for me and now I want to start to raise money for cochlear implants from international funders.

“At the moment, we do help fund-raise for cochlear implants by doing talks and banquets, but it’s very difficult because they are so expensive.”

Kumm said the donation would be of great help to the 17 children at the centre, who are aged between 18 months and seven years.

McKay, who runs most of the foundation’s work from his own pocket, said his cochlear implant changed his life.

“Only someone who once could not hear the wind blowing, paper crinkling or birds chirping would understand,” he said. — barbarah@dispatch.co.za