Feeding scheme goes above and beyond come rain or shine 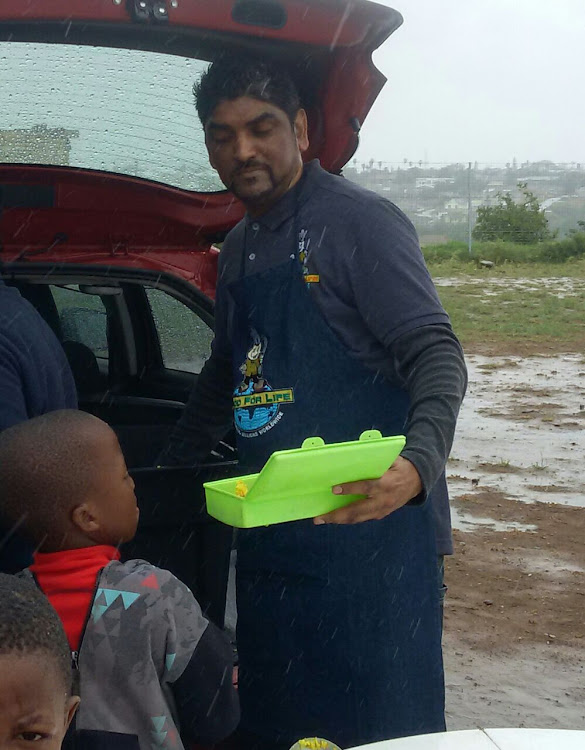 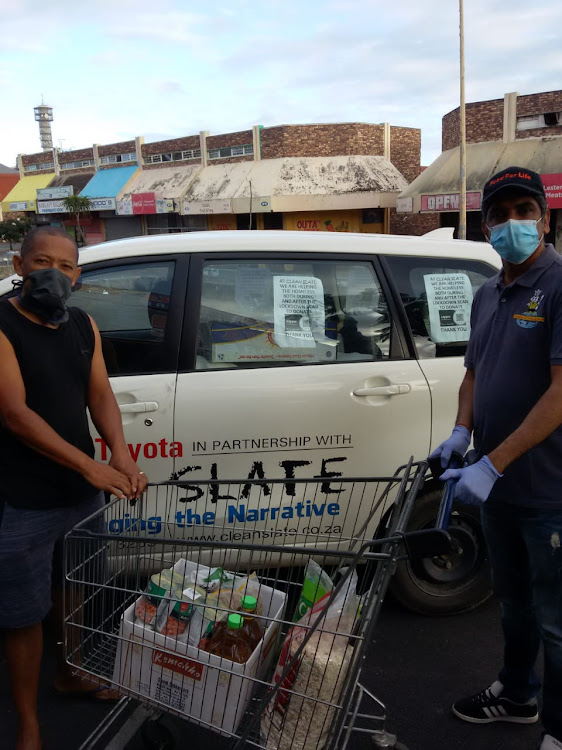 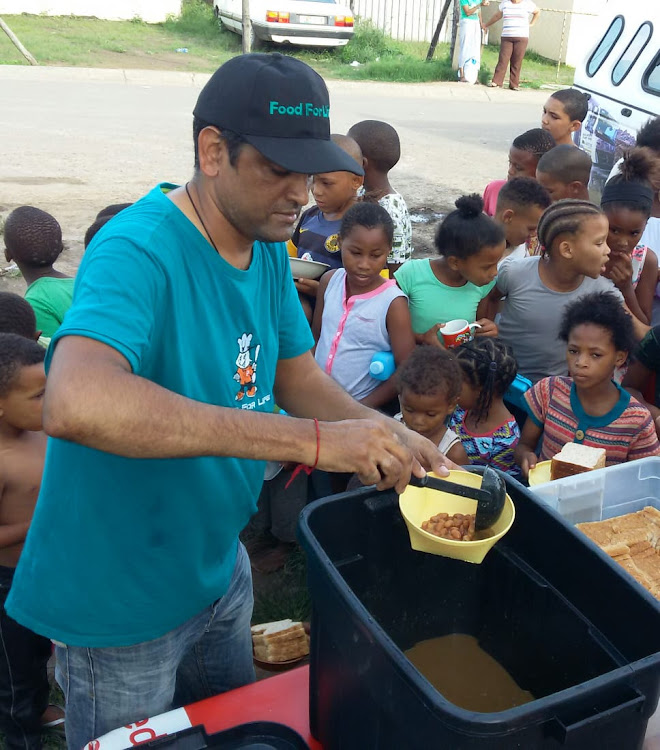 East London resident Bimal Ramnunan founded his Food for Life feeding scheme in 2014 and has since provided nutrition to hundreds of children and families in Braelyn and Parkridge.

Ramnunan started Food for Life after a prayer meeting with his spiritual organisation, the International society for Krishna consciousness (ISKCON).

Food for Life has continued to feed the hungry for the past six years. More than 120 children are fed from the scheme each week.

“After a prayer meeting with five families and with the guidance of a spiritual leader, we put plans in motion and had our first feeding on February 20 2014,”  Ramnunan, 48, said.

Despite a full-time job as an electrician, Ramnunan makes sure to do his weekly rounds handing out sandwiches to those in need, come rain or shine.

“Our feeding programme provides strictly vegetarian meals for the needy and hungry every week,” Ramnunan, who is originally from Pietermaritzburg, but has lived in East London for the past 14 years, said.

“We also have a sandwich distribution programme for children which is run every week on Wednesdays at 4.30pm in the Parkridge area, the Isiah 58 children’s village, Nompumelelo and other areas when we can.

“All meals are karma-free, meaning consciousness goes into the food that is prepared.

“Having to take an animal’s life by killing it and cooking it taints one’s god-consciousness. By preparing vegetarian meals, the serving is pure,” Ramnunan said.

He said while he was the co-ordinator and treasurer of the Food for Life organisation, it took a committee of helpers to run the feeding programme successfully.

“One of our members based in Braelyn prepares the sandwiches and I fetch them and distribute them to the children and adults,” Ramnunan said.

He said after seeing how many children lived in poverty around the city he knew something had to be done.

“I realised there was a need to start the feeding programme, especially for the children in the surrounding areas of East London.

“The most rewarding thing for me is serving the hungry and putting a smile on their faces knowing that I served my fellows.

“The children and residents of the area wait for me knowing they are going to be fed,”  Ramnunan said.

“She is 80 and has been feeding hungry children for so long. She’s my motivation for feeding the children in the area.

"My parents instilled good morals and ethics in  my siblings and me. Serving the hungry and less fortunate  was one of them. I love what I do.”

Food for Life recently donated three weeks' worth of food to the Clean Slate organisation in an effort to help them feed the homeless during the coronavirus pandemic.

Clean Slate founder Brian Francis said Food for Life had donated 20 loaves of bread, rice, non-perishable foods and soy mince to make meals for those in need over the past three weeks.

“They’ve definitely helped a lot. This is the third week that they’ve donated food to us. I got in touch with Bimal through a  friend and he was quick to answer and assist us,”  he said.

Francis  usually helps the homeless in the city but has recently also been preparing and delivering food parcels to those who are unable to receive grants and have been laid off from their jobs due to the lockdown.

Francis said it was becoming increasingly difficult to assist all those in need and it was important for organisations in the city to work together to make a difference.