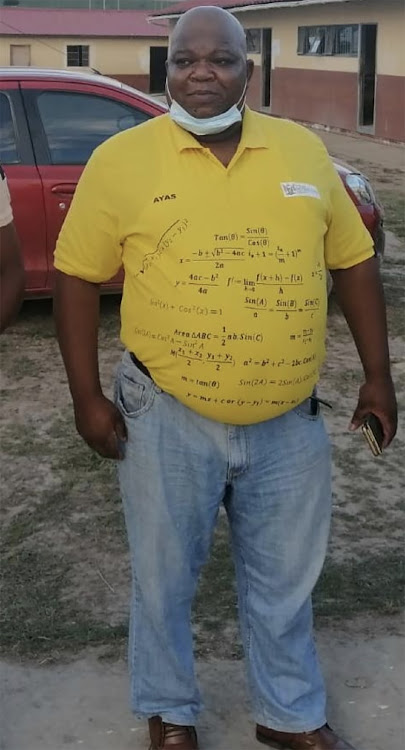 Ayanda Mampofu was only 17 years old when he realised his passion was to help people through education.

As a teenager in 1993, he started off tutoring an elderly man who left work to better his education.

His passion for teaching grew as he pursued it as a career; in 2003 he identified pupils from areas in the OR Tambo coastal district municipality who needed assistance.

“While I was still a teacher, I realised there were pupils struggling with mathematics and physical science.

“I took it upon myself to ensure they succeeded in their academics, so I started tutoring classes,” he said.

Throughout the years, Mampofu has been instrumental in supporting pupils with their studies.

His friend, Joe Manciya, describes Mampofu as a Good Samaritan who helps everyone who is in need.

“His friends from his home village, Lukholo, in Mbizana, are always provided with groceries by him.

“In 2013, he housed and funded a girl who was working as a domestic worker towards her diploma in accounting. The girl graduated in 2015,” Manciya said.

Manciya said Mampofu had “adopted” six pupils who were orphaned, and sent them monthly groceries.

“I believe Mampofu is a hero in the community who needs to be recognised and celebrated,” Manciya said.

The maths teacher, who majored in maths and science when at Unisa, is a subjective adviser at the OR Tambo Coastal District Municipality.

While he left the classroom for the office, he is committed to never abandon school pupils who are in need of his help.

“Last year, I started a Telegram group where I have about 3,000 pupils to tutor in mathematics.

“Though my mission was to tutor Grade 12s, I have invited Grade 10 and Grade 11 pupils to join too,”  Mampofu said.

The pupils were based throughout the district.

“I have contact details for the majority of teachers in the district municipality; some of them do assist in holding classes for the pupils.

“The classes take place on a daily basis on different days,” he said.

He tutors Grade 10s on Mondays and Tuesdays, Grade 11s on Wednesdays and Thursdays, and Grade 12s from Friday to Sunday.

Former Cibeni High School pupil Samkelisiwe Nojoyi, who is an orphan, finished matric with six distinctions. She was one of Mampofu’s pupils whom he tutored on Telegram.

DispatchLIVE reported on Samkelisiwe’s inspirational story when the 2020 matric results were released.

Her mother died when she was 12 years old and in Grade 7, but despite the odds, she went on to obtain six distinctions in matric, including for maths and science.

Samkelisiwe has set her sights on becoming a doctor.

Mampofu has rallied behind Nojoyi in her bid to get funding to further her studies, and through his support sponsors such as the department of education committed more than R100,000 towards her medicine studies.

“The data I use to conduct the classes is from my own expense, I have to budget monthly for it.

“I love what I am  doing, because the outcomes at the end make me proud,” Mampofu said.