Loliwe's own impoverished childhood drover her to set up foundation for neglected, struggling kids in Tsholomnqa 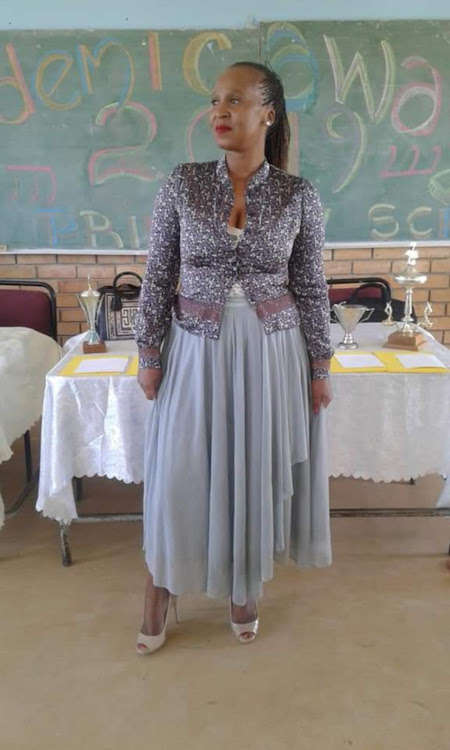 Founder of TLo Foundation, Tabisa Loliwe, left her career in Johannesburg to make a difference in children's lives in Tsholomnqa. Over the past years she has managed to assist families in the Tsholomnqa rural community with groceries and children's school uniform.
Image: SUPPLIED

Low self esteem is devastating schoolchildren, says Tabisa Loliwe, a corporate-trained  woman who has worn the shabby uniform and broken old shoes of a poor Eastern Cape child.

Now in her 40s, she returned to her home base of Mdantsane, and then went to Tsholomnqa — an epicentre of declining state school education — and used it as a base to build a highly successful support organisation for neglected and struggling children, the TeeLo Foundation.

The NPO has also identified the gaping lack of homework support for children and this is central to its holistic approach to trying to make a small but significant difference in repairing the province’s schooling crisis.

The foundation has been on the go for almost five years and has helped thousands of pupils with school essentials, of course including bright new uniforms and shiny, sturdy new shoes.

I struggled during my school days. I was raised by a single, uneducated mother who would go for years without any work

Loliwe said: “I struggled during my school days. I was raised by a single, uneducated mother who would go for years without any work. I used to be the laughing stock of my peers because I would sometimes go to school barefoot, or wearing torn hand-me-down shoes.”

She feels blessed to have been born and raised to have a resilient personality.

“This played a huge role during these times because I would not allow any of that [cruel derision] to stop me from going to school and being involved in any activity.”

After graduating in social science from the University of the Western Cape, she made a career in finance for herself in Johannesburg, but always felt the gnawing pull of children back home having to live through the same, unchanged education and social system.

She watched the decline of matric results and it made her feelings of helplessness even sharper.

In 2016 she was back, having left a career in which she worked  for major companies in Gauteng.

I have envisioned a good foundation for building one’s self-esteem. This means helping to build a sound educational environment for young children as this has lifetime benefits

She had decided to be a change agent and children, especially those in rural Tsholomnqa, would be her starting point.

“Since the establishment of the organisation,we have helped about 1,000 school pupils. We get involved by visiting these schools. We interact with children and the first thing I pick up is the low self-esteem. This is besides looking at torn shoes, old and discoloured school uniforms. I guess with my own personal experience, it makes it easier to identify them.

“I have envisioned a good foundation for building one’s self-esteem. This means helping to build a sound educational environment for young children as this has lifetime benefits.”

In the short term, a solid educational base will help schoolchildren improve their matric results.

Start when the children are young, she says. And work hard to instil in them the self-belief that it is possible to dream even further than acquiring a matric certificate.

Making a difference and helping other children is important to 14-year-old St Christopher Private School pupil Amahle Qomfo of Mdantsane.
News
2 months ago

Her own dream is the establishment of a youth development centre in Tsholomnqa that will have a broad approach to the progress of the youth, pumping up motivation, encouraging them to learn new skills, and embracing the unemployed ones who have fallen out of the education system.

“I am not going to stop until I achieve my goal and with all the programmes that we have developed as an organisation since 2016, I know it is possible,” Loliwe said.

Nominator Nohlanga Zonke said: “Over the past years Loliwe has managed to assist families in the Tsholomnqa rural community with groceries and school uniforms. She is also bringing much-needed water to the schools in Tsholomnqa with the assistance of her strategic partnership with the BCM Development Agency.”